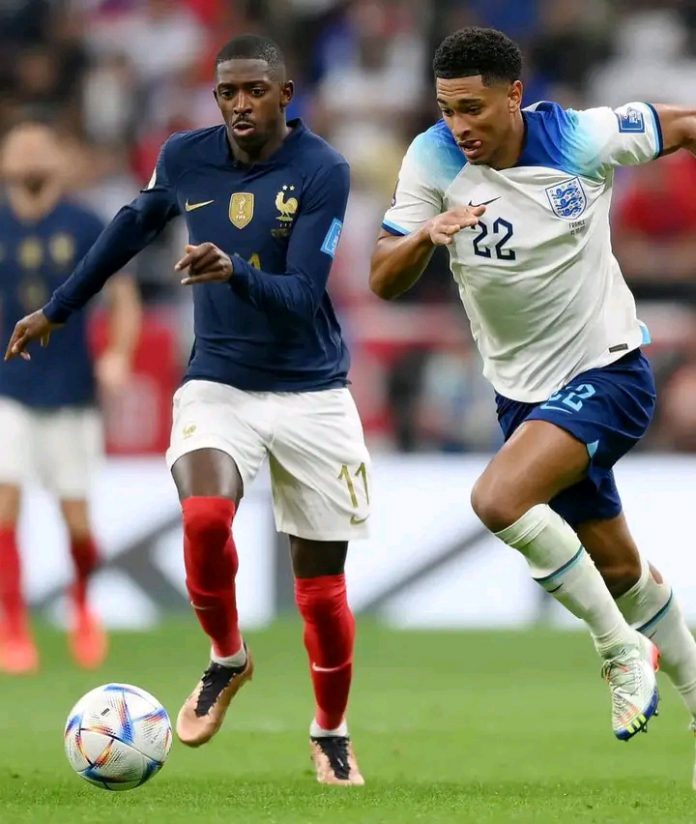 Jude Bellingham has vowed to win a major trophy for England after the country’s gutting World Cup loss to France.

The Borussia Dortmund superstar was again a stand-out talent as his side fell 2-1 to the reigning champions at the Al Bayt Stadium.

Goals from Aurelien Tchouameni and Olivier Giroud sent the Three Lions packing, as Harry Kane scored one penalty but blazed another over the bar in the 85th minute.

The 19-year-old has undoubtedly sent his price-tag through the roof with a number of displays well beyond his years, and that’s continued with his dealings with the media.

Despite him leaving the pitch in tears at full-time, Bellingham again showed his class when speaking to Journalist.

“We were the better team,” he said. “We created a lot and we got in with a lot of routines that we’d been working on, but just didn’t quite capitalise on the bigger chances that we had.

“But we definitely felt we were in control of the game and a little more dominant than them.

“It’s fine margins at this level with goals, decisions, penalties – they didn’t land on our side. We didn’t do enough to win the game and that’s the truth and really disappointing.

“I think we imposed our game really well, Their star players were nullified very well by our defence and we got through them well, we had chances and we didn’t take them and the fine margins cost us.”