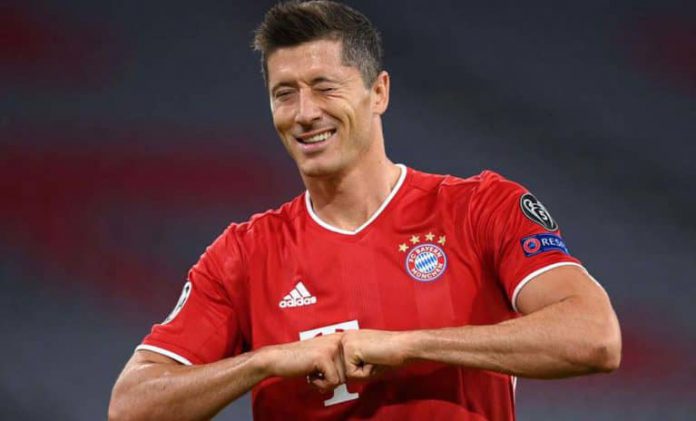 Bayern Munich chief executive Oliver Kahn has insisted they will not let Robert Lewandowski leave — despite the striker rejecting the offer of a new contract.

Lewandowski’s current deal expires next summer and, on Saturday, he confirmed that he would not be extending his contract any further.

The 33-year-old also asked Bayern to consider any offers that come in during the summer.

Kahn has now admitted their contract offer has been rejected — but says it will not change their outlook.

“We know this alarmism from the past. It’s not something that causes us a headache. We made an offer to his agent. He rejected this offer. That’s his right. The fact is: He has a contract and he will fulfill it.

“We are very clear and consistent about that. That’s the way things are here at Bayern. There is no player above the club.”

Speaking after scoring in Bayern Munich’s last game of another Bundesliga-winning season — a 2-2 draw against Wolfsburg, Lewandowski told Sky Germany: “I can confirm that I spoke to Hasan (Salihamidzic) and informed him that the decision was made and that I am not extending my contract with Bayern.
“Both sides have to think about the future. It’s best if we find the best solution for both sides.

Lewandowski has scored 344 goals in 375 games since swapping Borussia Dortmund for Bayern Munich in 2014.