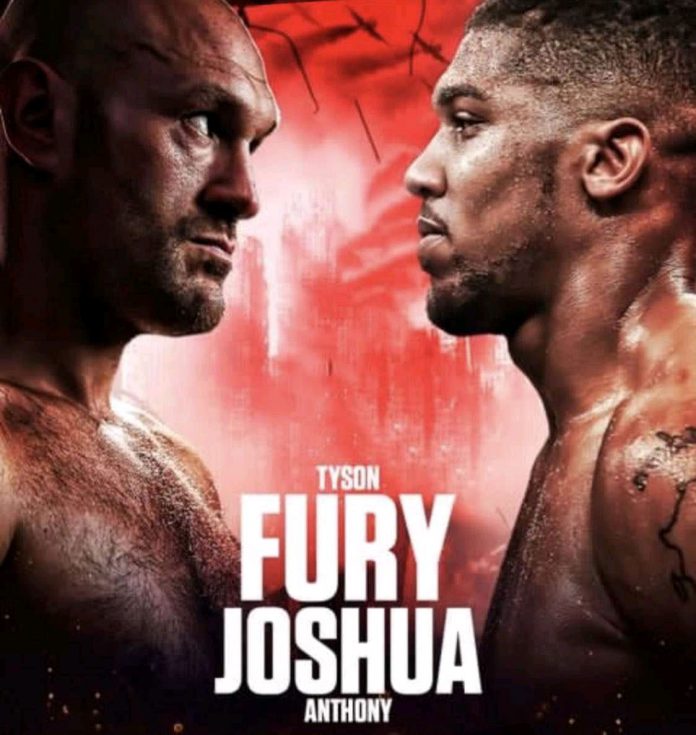 In a video message posted by Fury on his Twitter page, the Gypsy King challenged Joshua to a Fight which He said will be known as the “Battle of Britain”.

The public call-out by Fury has left many questions on the minds of Boxing fans as they are divided by the offer.

The 34-year-old believes Joshua should still be in top shape, after coming out a 12-round fight and requested for his offer to be accepted within the next few months, to enable the Organisers fix a date for the bout this year.

Some fans see it as a misnomer since each of the Governing bodies have mandatory Fighters on the line in contention for a Title shot, especially as the boxers will have been triumphant in recent times.

Meanwhile, there are yet to be confirmed reports on the fitness of Usyk. Reports coming out from his camp suggests he is injured and may be out for a while.
It is believed Fury is using the proposed fight against Joshua to keep in shape ahead of the biggest fight of 2023.

Fury warned that if Joshua does not consider his offer, He will have to select another opponent, to enable him fight before the end of 2022.