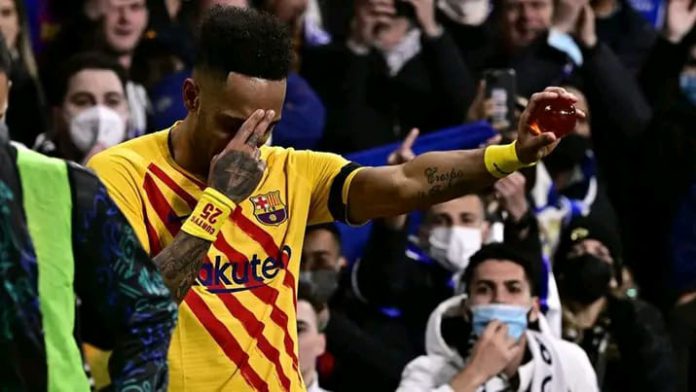 Barcelona are open to sensationally bringing Pierre-Emerick Aubameyang back to the club this month.

The Gabonese international finds himself as surplus to requirements at Chelsea in the second half of the season following the arrival of Ukrainian star Mykhailo Mudryk and Atletico Madrid loanee Joao Felix.

Aubameyang has only managed one Premier League goal this season, after joining the Blues at the start of 2022/23, and the club are open to letting him go.

As per reports from the Daily Telegraph, Barcelona could look into the prospect of a shock return to Catalonia, despite Xavi’s lack of certainty over the veteran striker.

However, a potential deal could be made impossible due to legal restrictions surrounding multiple appearances for different clubs in a set period of time.

Current FIFA rules indicate Aubameyang already playing for Barcelona this season could scupper an agreement due to rules on re-registering for a club inside the same campaign.

PSG In Talks With Aubameyang Over Summer Move