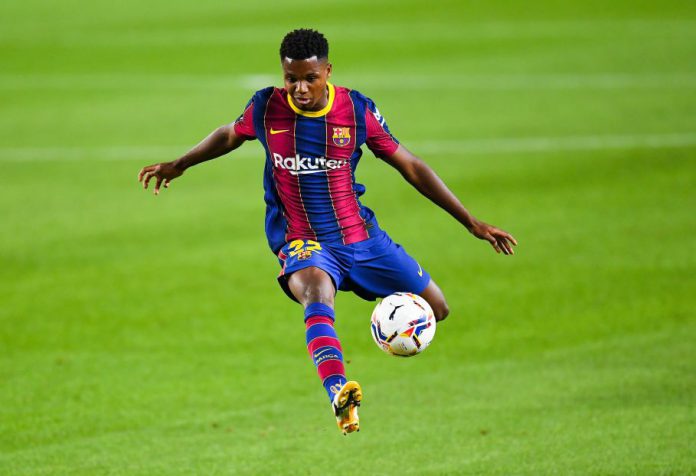 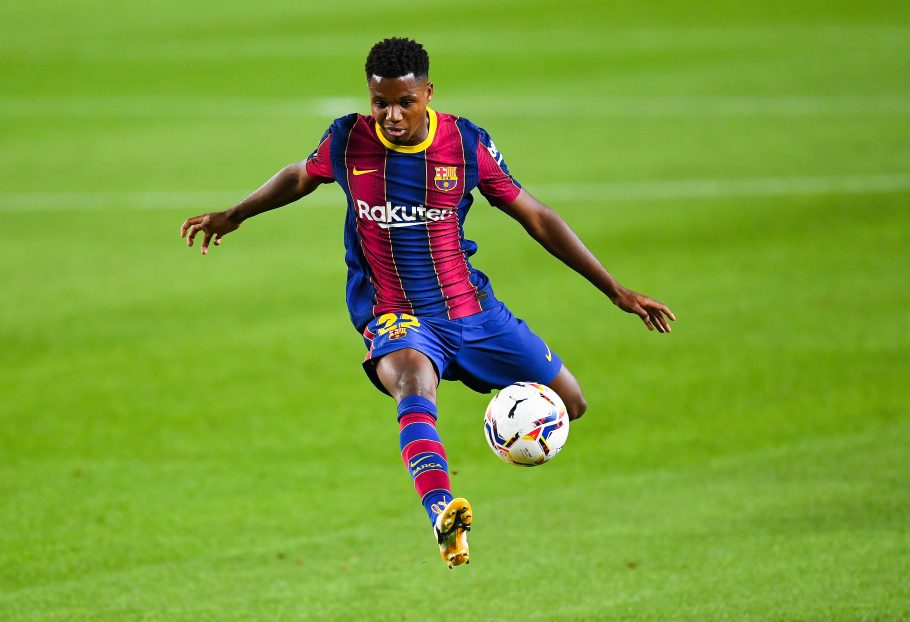 Ansu Fati has been a revelation at Barcelona since bursting into the first team from the famous La Masia Academy. Now a senior Spanish international at the age of 18, the pressure put on his shoulders to take on the mantle of the possibly departing Lionel Messi at the end of the season has grown exponentially.

Unfortunately, he suffered a serious knee injury in 2020 which ruled him out for a significant portion of the campaign. With the European Championships incoming, there has been concern that he may not return before the season’s conclusion.

Barca boss Ronald Koeman has been asked on the progress the Spaniard is making but remained reserved in his response.

“Out of respect for the player, I am not the person to speak about his recovery. You have to have respect for him and I am not in favour of rushing things,” he said speaking at the beginning of February. 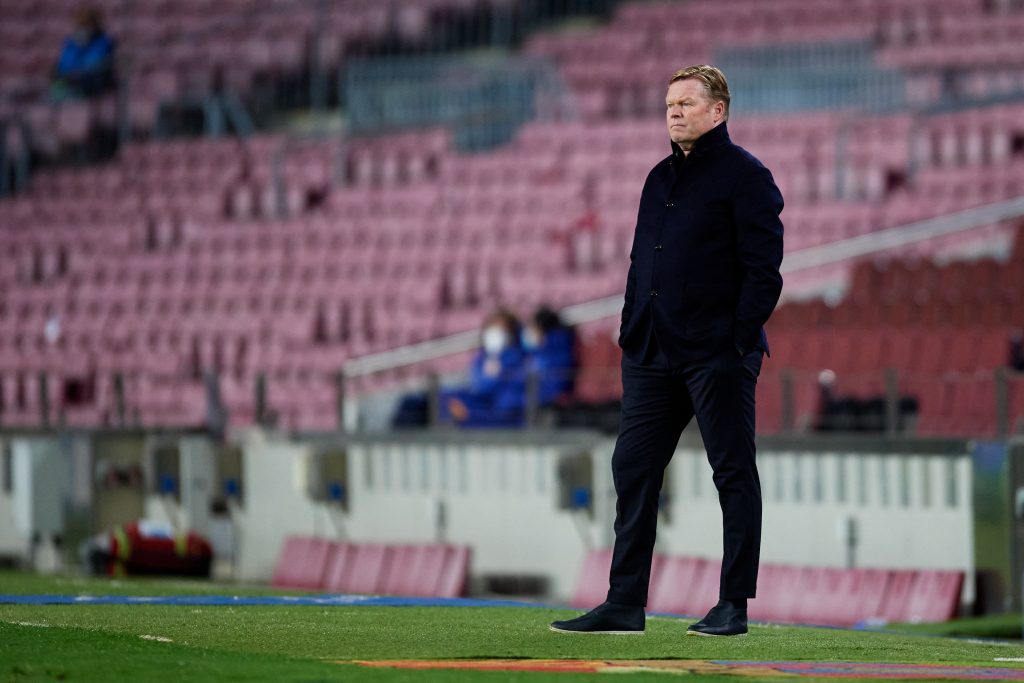 BARCELONA, SPAIN – FEBRUARY 16: Head Coach Ronald Koeman of FC Barcelona looks on during the UEFA Champions League Round of 16 match between FC Barcelona and Paris Saint-Germain at Camp Nou on February 16, 2021 in Barcelona, Spain. Sporting stadiums around Spain remain under strict restrictions due to the Coronavirus Pandemic as Government social distancing laws prohibit fans inside venues resulting in games being played behind closed doors. (Photo by Alex Caparros – UEFA/UEFA via Getty Images)

“When there is an update, we will communicate it from the club. The most important thing is that he recovers calmly. He has a lot of future ahead of him and you have to do things right.”

In his absence, the Dutch coach has used a number of players to accommodate including the equally injury-hit Ousmane Dembele and summer signings Trincao and Pedri.

Barca now sit second in the table, joint with title rivals Real Madrid who have struggled for form, but still some way off title favourites Atletico Madrid.

There has recently though been positive news regarding Fati, who has supposedly stepped up his training and is now working in the gym after not experiencing any inflammation for the past 2 weeks.

“He has been without inflammation in his left knee for two weeks. Recovery has been slow, but now he does gym work and is evolving favourably,” reported Santi Ovalle.

Spanish head coach Luis Enrique will be hoping that the young star returns before the end of the season to pick up where he left off  ahead of the European Championships in the summer.

Akufo-Addo creates more jobs for youth even in economic hardship –...