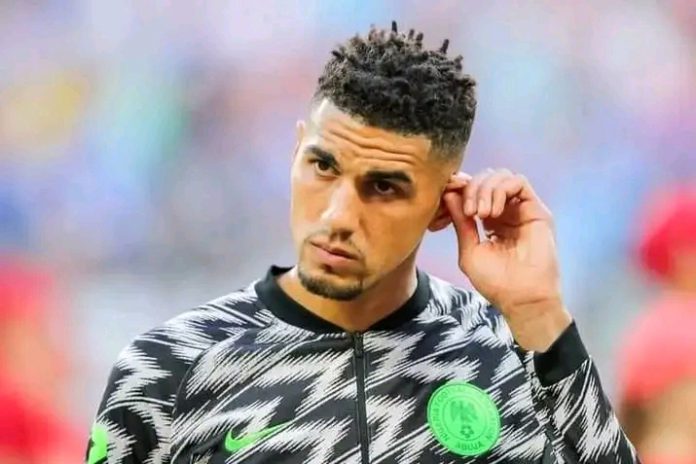 Recall that the Nigerian international signed a contract with Queens Park Rangers in the summer of 2022 after playing at Ibrox stadium for two seasons.

According to reports, he played under head coach Mick Beale at Ibrox, and Beale aided in moving to Loftus Road during the most recent transfer window.

However, the 34-year-old was keen to sign a new deal with the Scottish team because he had “fallen in love” with the Gers.

As quoted by Daily record, he said while still at Rangers, “Everyone who watches me around the club knows I’ve fallen in love with this club.”

The Nigerian, however, revealed that the club’s style and pattern were a good fit for him.

He said: “That’s why me and Rangers are a good fit.

“Even in the final, I had to go through this, and the support was outstanding.

“I would love to stay. I hope they know that, and I hope I can announce something soon.”

But, things did not go well with his stay on Van Bronckhorst, as his contract was not renewed, which led to his exit from the club.

Balogun, while speaking on The Beautiful game podcast, revealed that the Dutch manager was to be blamed for his heartbreaking exit from Ibrox stadium, saying, “I think a few days before the contract ended, I didn’t hear back from them, and then on the 31st of May, that’s when the contracts in Scotland ended.

“I got a call. I was in Germany at the time in Berlin, and my agent said, ‘no’ they’re not going to do it, and from what I’ve been told, it was a bit off.

“The manager was not too sure about it and that they would or that the sporting director tried to convince him, Russ Wilson yeah, and then they had him on board, but then, on the other hand, it was like a constant back and forth.

“So at one point, I actually thought, okay, now it’s time to quit because they told me”

Nevertheless, the Nigerian has appeared in 12 games and scored 1 goal since switching his allegiance to the hoops.

Plans are underway to give life jackets to Atikagome pupils –...

Afrobasket: D’Tigress book their place in quarter finals with emphatic 85-65...