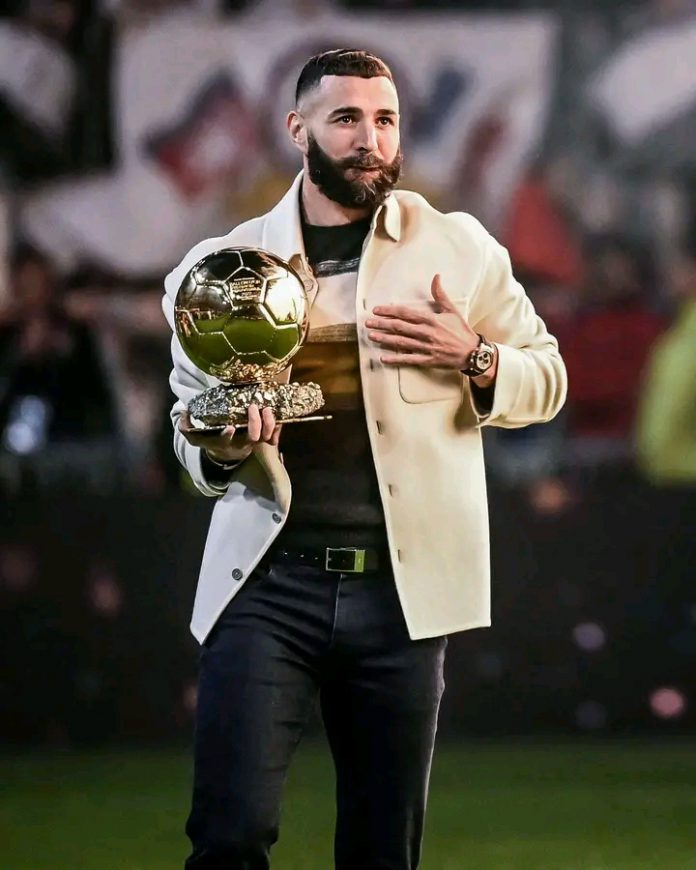 Current Ballon d’Or champion, Karim Benzema has been ruled out of the World Cup after suffering an injury in training.

He was then brought in for a scan in Doha, which later confirmed a femoral rectus injury that will keep the 34-year-old out for three weeks.

In a statement by the French national team on their social media accounts said: ‘Karim Benzema is forced to give up participating in the World Cup.

‘The whole team shares Karim’s sadness and wishes him a speedy recovery.’

This is the latest setback for France who have already had prolific RB Leipzig striker Christopher Nkunku ruled out after an injury in training.

The likes of Paul Pogba, N’Golo Kante, Presnel Kimpembe and goalkeeper Mike Maignan were all unavailable for selection due to their own injuries.