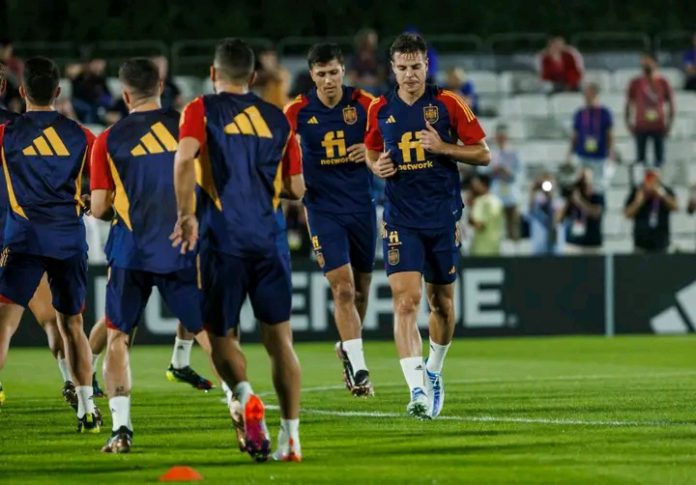 Cesar Azpilicueta returned to training for Spain, meaning that they have a full squad available for their last-16 match with Morocco.

The Chelsea captain spent some time away from the main group after a minor calf complaint flared up again, and there was some concern he would miss Tuesday’s fixture.

But the 33-year-old defender joined back in with Luis Enrique’s squad at their Qatar University base, according to Mundo Deportivo. He was their only injury concern ahead of their first knockout game in Qatar.

Goalkeeper David Raya and Azpilicueta were both seen on exercise bikes instead of taking part in full training the day before, although they are both set to be available for selection against their North African neighbours.

Morocco stand in Spain’s way to the World Cup quarter-finals. The match at the Education City Stadium in Al-Rayyan will decide who will progress to face either Portugal or Switzerland in the last-eight.

During Monday’s training session, they worked on technical aspects of how they would line-up to stop Morocco, who surprised many by topping a group containing 2018 runners-up Croatia and 3rd-placed side Belgium.

Enrique is likely to try and sure up Spain’s defence after conceding twice in the second half of their final group stage game against Japan, which left them to go through as Group E runners-up.