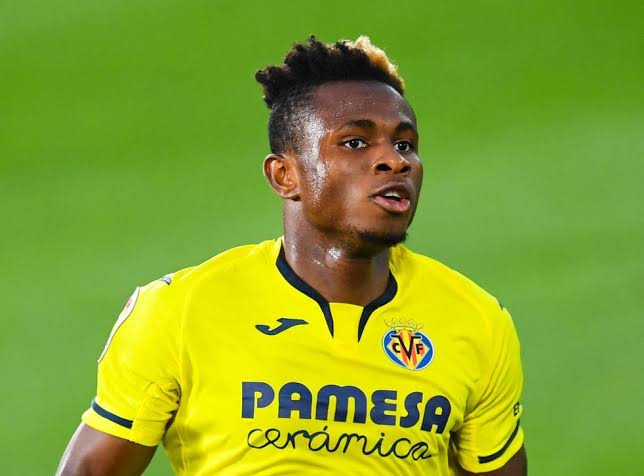 According to Spanish news outlet, Elgodigital, Atlético offers a player to Villarreal to bid for Chukwueze

Atlético still combing the market for an effective attacker and one of the players that sound to it, is Nigeria’s Samuel Chukwueze.

The Villarreal CF footballer is of a very great interest to the sports management of the Wanda Metropolitano team and there would be a good opportunity to sign him.

In a bid to defend their La Liga title and for the Champions League where they also want to be protagonist, Diego Simeone wants to have a strong lineup and have good eyes on the pacy Super Eagles winger but for his market value which although should not be a problem for the Spanish champions, they have offered a player who has been Villarreal’s prime target of recent in the negotiation.

Colombian right-back, Santiago Arias who returned to Atlético after his assignment at Bayer Leverkusen has been considered the ideal player to be used for the Samuel Chukwueze’s deal has he currently have no space in the Atlético side.

With Diego Simeone’s approval for the the 29-year-old right-hander to be involved in the deal which will help Atlético de Madrid get closer to Chukwueze, contacts between both teams will begin in the coming weeks.

In addition, Villarreal CF also want the signing of Vitolo, so there will be a long way to go between both clubs.

Aftermath Of W/Cup Playoff: Osimhen Yet To Return To Napoli

Aguero ‘waiting until the end of the season’ to decide Man...