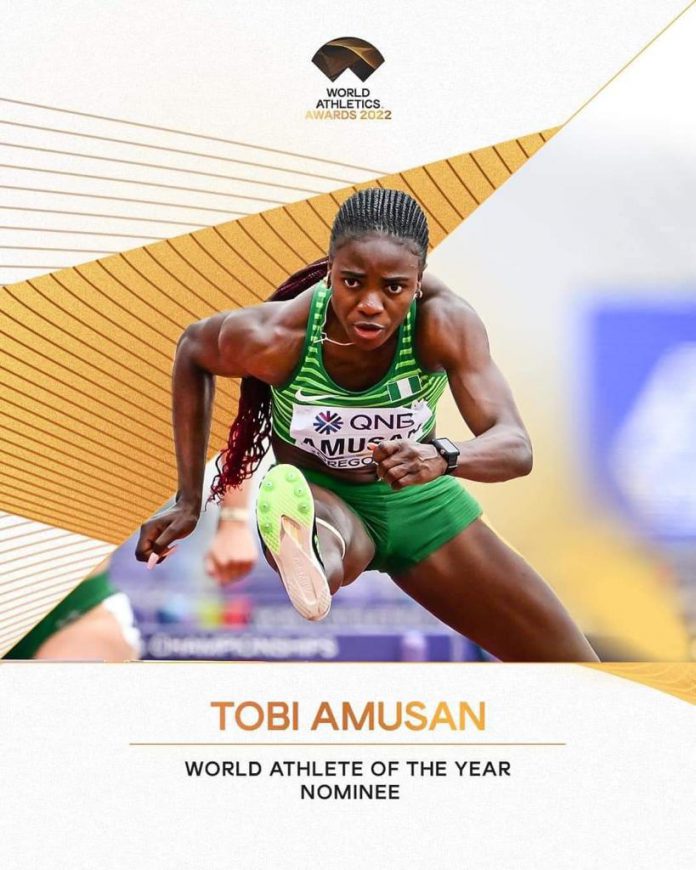 Following her outstanding performance in 2022, Nigeria track star Tobiloba Amusan has been nominated for the female athlete of the year.

Amusan began her career in athletics in 2013 when she competed in the African Youth Championship in Warri before making her debut at the All-African Games in 2015.

The 25-year-old hurdler has so many honours to her name in the past but made the biggest headlines in the year 2022.

In the semifinal, she set a new world record of 12.12s, she bested her time once again in the final becoming the first Nigerian world champion at the World Athletics Championships.

Amusan wrapped up her long and successful 2022 campaign by competing in the 100m hurdles at the Zürich Diamond League final event, which she won in 12.29s to retain her title.