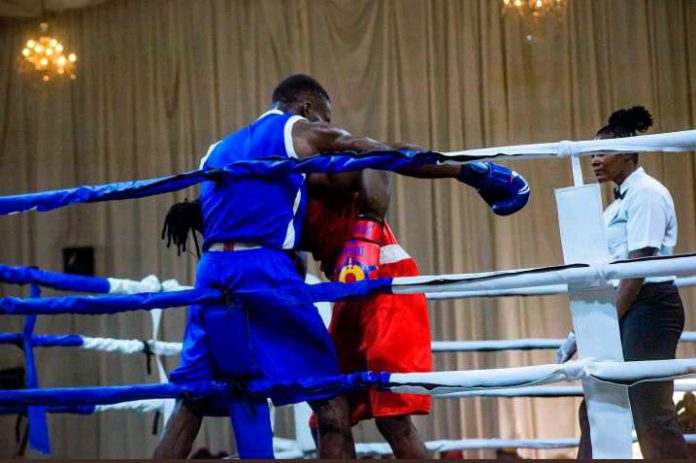 Nigeria Boxing Federation Vice President, Siena Omo-Agege has expressed his satisfaction at the standard of display of talents by boxers in the ongoing 21st National Sports Festival in Asaba.

In a chat on Wednesday “I’m satisfied with the performance of the boxer so far,” said Omo-Agege.

“First of all, the primary objective of the Sports festival is to showcase new talents.

“Definitely, with what we have seen so far, it’s been very competitive, the former champions are been challenged by the new boxers, and the fight is been taken to the last round where they have to decide by the decisions.

“There are some surprises where some champions are defeated.

“For them not to be rusty, the federation has lined up some competitions for next year which will keep them busy and develop them.

“With NUGA games, we are planning another university game to keep them busy, we want to take boxing to school and give them scholarships to keep them going, apart from boxing they can be referees, coaches and judges, these are our plans for now.

Speaking further, “In 2023 we have a lot of engagement, continental-wise and also nationally not forgetting Champion of Champions. We have Africa Games in Ghana and our Champions Games for males and females, we have at least about 10 programs for 2023.”