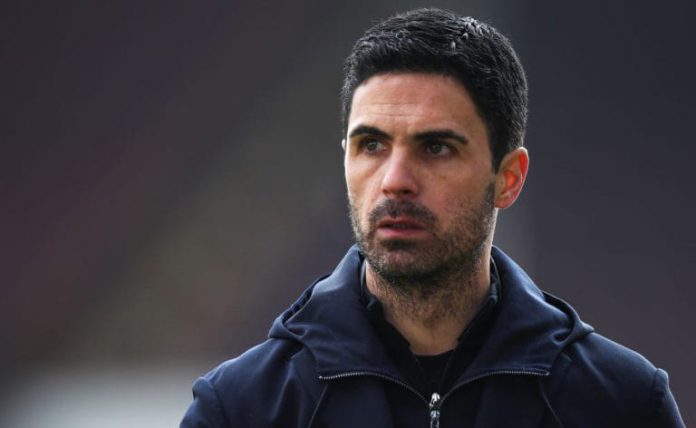 Mikel Arteta has told Arsenal’s front runners to take down Liverpool, warning fear is their “worst enemy” in the title race.

The Gunners can virtually knock the Kop out of the title race by opening a 14-point gap if they win their headline duel at the Emirates on Sunday.

Arteta says his team must be intrepid to claim only their second win in 20 meetings with the plummeting Liver bird, penalty shoot-outs excepted. And even Arsenal’s only joy against Jurgen Klopp, two years ago, came after Liverpool had wrapped up their runaway title triumph.

Barely a year after some fans were calling for him to be sacked, Arteta now has the highest win ratio (58.41 per cent) of any manager in the club’s history.

But he admitted the Gunners would need to claim some big scalps to sustain the momentum of their title charge. He said: “To win those matches you really need to believe that you can compete against those teams.

“If you don’t have that component then you have fear – and fear is the worst enemy, especially against the top teams because this is what they use a lot of the time just to win football matches. You cannot go with any of that into Sunday’s game, the same as we when we played Spurs (in last Saturday’s 3-1 win).”

Arsenal have won nine out of 10 games this season, with last month’s 3-1 defeat at Manchester United the only setback, but Arteta insisted they were not undone by apprehension at Old Trafford.

He wants them to play with the same intensity as their controversial home defeat by Manchester City on New Year’s Day, when Arteta directed operations from isolation after contracting Covid.

City have won their last 10 Premier League games with Arsenal consecutively, but Arteta senses there has been a shift in his squad’s mentality.