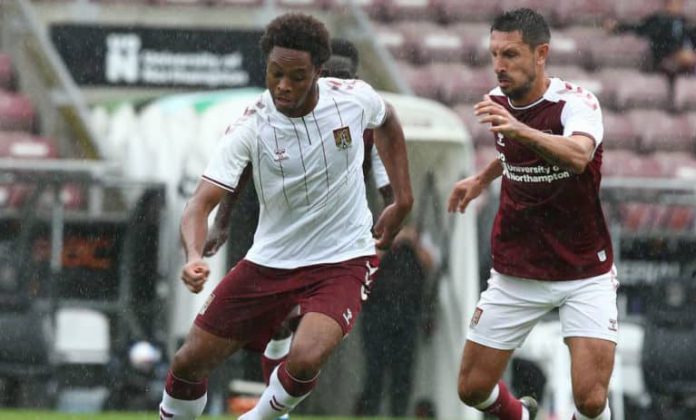 Arsenal is reportedly keeping a close eye on the development of Aston Villa midfielder Carney Chukwuemeka.

The 18-year-old has enjoyed a breakthrough into the first team this season, making 12 appearances in all competitions and registering one assist in the Premier League.

Chukwuemeka is due to become a free agent in the summer of 2023, though, and reports last year claimed that the teenager was not prepared to sign a new deal at Villa Park.

According to the Evening Standard, Arsenal have now identified Chukwuemeka as a potential target, with Mikel Arteta expected to bolster his side’s midfield ranks for the 2022-23 season.

The report adds that Ruben Neves, Douglas Luiz, Youri Tielemans and Palmeiras’ Danilo are also on the Gunners’ shortlist, with Mohamed Elneny set to leave as a free agent and Granit Xhaka continuing to be linked with an exit for Roma.

Chukwuemeka also has two goals and two assists to his name from six Premier League 2 appearances this season and has earned five caps for England’s Under-19 side.