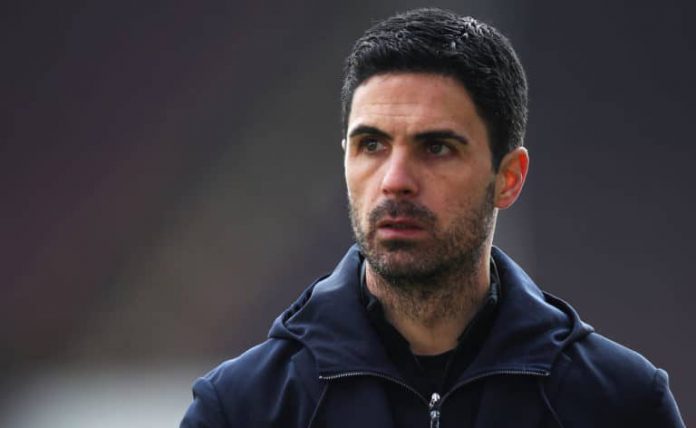 Arsenal has taken a strong squad for their pre-season training camp in Germany, including midfielder Thomas Partey and a host of youngsters.

The Gunners are in Germany for a four-day training camp which is being held at Adidas’ HQ in Herzogenaurach. Dubbed the ‘Home Ground’, the state-of-the-art Adidas campus boasts first-class facilities and will be the club’s base for the trip.

According to journalist Chris Wheatley, first-team stars including Partey have landed in the country for the four-day jaunt. Arsenal manager, Mikel Arteta is also using the trip to give a number of youngsters a taste of life in the senior squad.

Arsenal will face Bundesliga 2 outfit, Nurnberg during the trip to Germany, with the friendly taking place at the 50,000 capacity Max-Morlock Stadion on Friday, July 8. The match kicks off at 4.30pm BST.

Once the north Londoners have completed their time in Bavaria, they will jet off to the United States for a series of friendly games against some familiar foes.

The Gunners are set to face Arteta’s former club Everton at the M&T Bank Stadium in Baltimore on July 16 in the Charm City match. They will then take on MLS side Orlando in Orlando City on July 20 before a fixture against London rivals Chelsea on July 23 in the concluding fixture of the Florida Cup Series.

After that, it’s back to the capital and the return of the Emirates Cup on July 30, when the three-time Premier League winners will line-up against six-time Europa League winners, Sevilla.

Then it’s full-steam ahead to the start of the new top-flight season, with the Gunners scheduled to face Crystal Palace in the curtain raiser to the campaign on Friday, August 5.