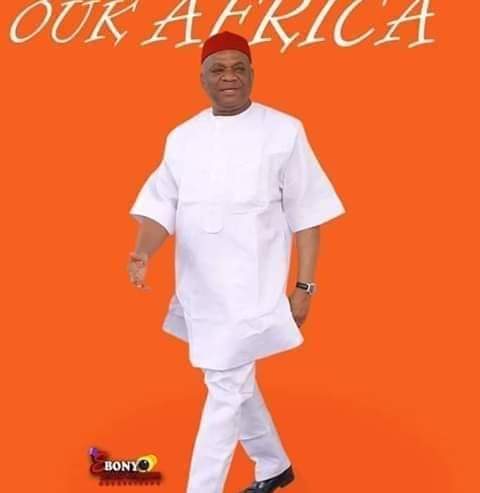 Dr. Omenogor, said at the brief presentation ceremony that, Arkleen Oil and Gas Limited is committed to adding values to the development of Edo State government most especially programmes initiated by the state government headed by the dynamic Governor, Godwin Obaseki supported by his energetic First Lady, Her Excellency Mrs. Betsy Obaseki and the Deputy Governor, Rt. Hon Philip Shaibu and his First Lady.

He added that, the theme of the Betsy Obaseki Women Football Tournament, “Promoting The Girl Child”, was a huge attraction that made Arkleen Oil and Gas key into the programme. “We are happy to associate with the Edo State Government and the Office of the First Lady of Edo State as partners in progress, the reason for our prompt response to sponsorship of the women tournament.

“By this gesture, Arkleen Oil and Gas Limited and other sponsors supporting us, has given us a big boost to host a befitting tournament which will stand out as the best in the country going by the class of the 12 clubs that will be participate in the competition.

“We are going to have 12 top flight Nigeria Women league clubs with eight of them first class Nigeria Women Football League Premiership clubs, which include two multiple NWFL Premiership champions ; Bayelsa Queens of Yenagoa and Rivers Angels of Port Harcourt who are also current Nigeria’s representive in the first ever CAF Women Champions League.”

Mrs. Chikere noted that, the tournament will flag off officially on Sunday, September 26, with the official draws which comes tomorrow at the New Festival Hall inside the Edo State Government House at 7pm.

Preparations for the 12 – team women football tournament continues today at the Samuel Ogbemudia Stadium, as events for the opening ceremony were being perfected.