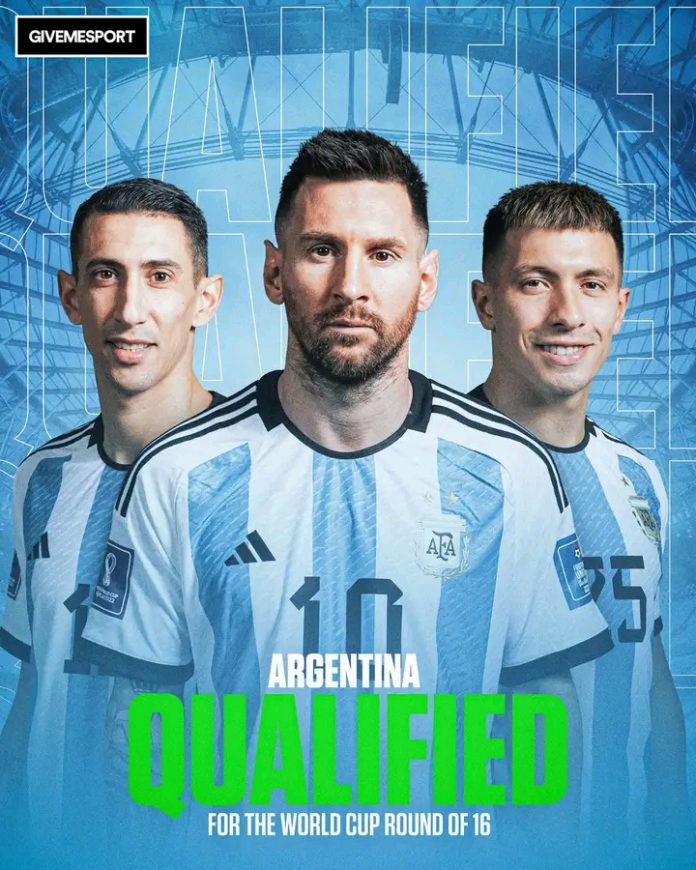 Argentina completed the turnaround from the shock opening World Cup loss to Saudi Arabia by qualifying for the last 16 in impressive style against Poland – who went through on goal difference having finished level on points with Mexico.

Lionel Messi was the catalyst for the crucial win against Mexico that got Argentina’s campaign back on track, and he was instrumental again as they illustrated why they were regarded as one of the tournament favourites to set up a second-round match against Australia.

Poland were set to progress by virtue of the Fifa Fair Play rule for having fewer yellow cards than Mexico – until Saudi Arabia pulled one back deep into stoppage time in their 2-1 loss to the Concacaf side. That meant goal difference was decisive for the Poles, who will next face France.

Argentina ran out comfortable winners with second-half goals from Brighton’s Alexis Mac Allister and Manchester City striker Julian Alvarez, but the game still held real drama and jeopardy in the closing stages as Poland knew another goal conceded, or another goal for Mexico against the Saudis, would send them out on goals scored.

Argentina dominated throughout but had to wait until after the second half to make the breakthrough as Messi had a first-half penalty saved by Poland keeper Wojciech Szczesny after the pair collided in an aerial challenge, a harsh award after a video assistant referee consultation.

Mac Allister gave Argentina the lead they deserved when he swept home Nahuel Molina’s cross a minute after the break and Alvarez sealed victory with a fine finish into the top corner in the 67th minute.

Argentina’s improvement continued as they produced their best performance of the World Cup to outclass a disappointing Poland.

The Argentines shook off the shock of that stunning loss to Saudi Arabia to settle their nerves with a Messi-inspired win against Mexico then stepped up to another level to confirm a last-16 game against Australia.