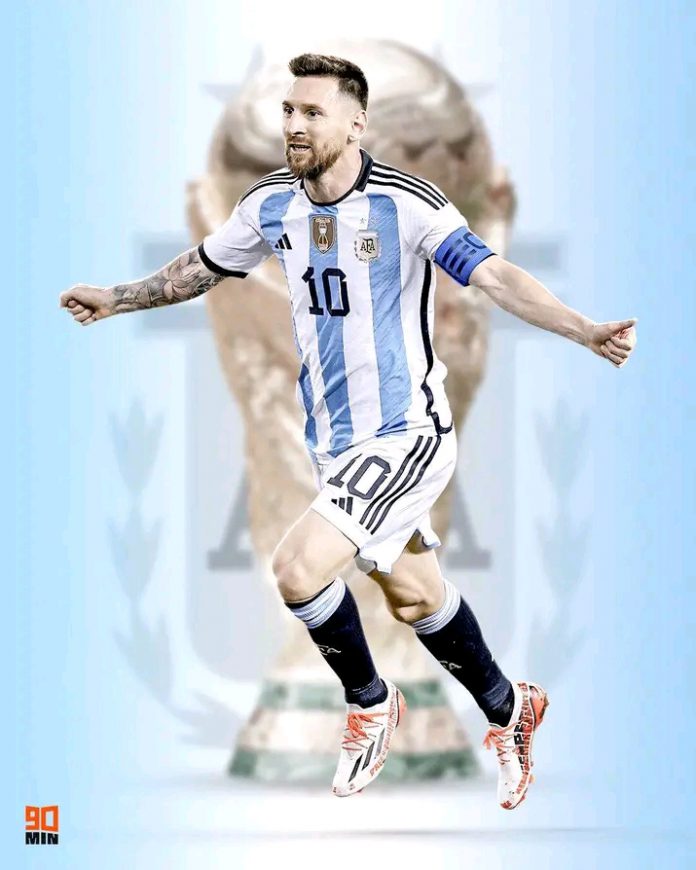 It began spontaneously, at a place in the desert called Al Janoub, to which many of the army of 40,000 Argentines here retreat when they have painted another stadium blue and white and watched their team win.

In the early days of the tournament, an Argentinian musician called Mati Teclas was playing Colombian cumbia music on a keyboard in the place he and his friends are renting.

So many of his compatriots were attracted, gathering inside and outside of his basic ground-floor room, that he decided to take his music into the street.

It has since become a nightly ritual: 35-year-old Teclas, his keyboard and thousands of fans, singing the words of the song Muchachos, ahora nos volvimos a ilusionar (Guys, now we have our hopes up again) at a party which goes on for hours beneath a jet-black Doha sky.

Al Janoub is the main Argentinian enclave at this World Cup: the place to perhaps best understand why an estimated 40,000 people from that nation — comfortably more than any other — have travelled out here.

‘This is our identity,’ says Valentina, who is 25 and at Al Janoub with her brothers. ‘The team represent us and we represent them. Football is what makes our country proud and we are always there at the World Cup. We always follow them where they go.’

Her cousin, Augustina, wants to talk about Lionel Messi during a momentary lull in the singing, which ends when Vamos Argentina — another of the anthems — strikes up. ‘He holds a torch for us, however difficult other things may be,’ she says.

She is talking about the fact that Argentina is on the brink of economic meltdown again. In the supermarkets back home, prices rise every month and inflation this year is heading for 100 per cent. Triple-digit inflation is nothing new in Buenos Aires and neither is the present fear of supermarkets being looted again.

‘It’s expensive to be here,’ says Carlos, who is in his 30s. ‘But to see Messi lift the trophy and to say we made this journey… we will tell our children and our grand- children about this.’