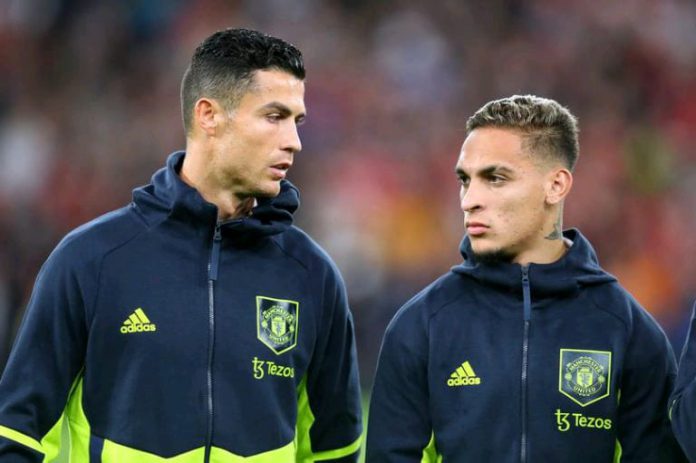 Cristiano Ronaldo has not regularly played this season but that has not negatively affected his dressing-room behaviour.

It is advised that you should judge a person by how they treat others around them and that rule extends to football.

In an era that rewards professionals with immense wealth and lucrative contracts that ensure financial freedom, footballers can sometimes develop insufferable egos and the Premier League is home to hundreds of those with high self-assessments.

Manchester United’s Cristiano Ronaldo perhaps has the biggest ego in the Premier League but he has delivered on the pitch to match his words away from it, at least. Ronaldo has 700 club career goals and five Ballon d’Ors, which is without mentioning his vast, remarkable trophy collection, which includes five Champions League titles and countless other domestic major honours.

Although Ronaldo is now in the winter of his career, he still delivered last season when his teammates didn’t. He scored 24 goals, which made him the top goalscorer in the squad, and he single-handedly kept United in the Champions League.

Ronaldo wanted to leave in the summer, which did not endear him to supporters, but the only concrete offer he received was from Saudi Arabia and that has meant he’s been ‘stuck’ at Old Trafford. Ronaldo missed the majority of pre-season after expressing it was his desire to leave the club and Erik ten Hag recently explained that lack of fitness has contributed to his limited role.

“I want to get the best out of him [Ronaldo], he’s in better shape now and I’m happy with that,” Ten Hag said at his press conference on Wednesday. “At the start, it was the case [lack of fitness], it’s proven once again, no one can miss a pre-season.”

Although Ronaldo has started every match in the Europa League, he has made just one start in the Premier League and it will always be a talking point when he’s named on the bench, simply because of his achievements and standing in the game.

How would Ronaldo deal with his reduced role? That was the question at the start of the season and, although Ten Hag said Ronaldo is ‘p***** off’ when he doesn’t play last week, it has been claimed that he remains a positive influence at Carrington.

There have been negative reports about Ronaldo’s effect on the mood around the club but he has received glowing praise from his teammates, who have insisted that he is a pleasure to have in the dressing room.

Those who disagree would obviously not speak in public but Brandon Williams and Martin Dubravka endorsed the forward last month and Antony is the latest to do so.

Antony was asked about working with Ronaldo and he told A Bola: “Since I arrived, Cristiano Ronaldo has helped me a lot to feel at ease. He talks to me a lot, even on game days. He always tells me to be calm and confident.

“He has achieved a lot in football, and I learn from him every day. I am very grateful to have such an experienced person by my side helping young people every day. His mentality is so very strong. It’s very smart. That mentality of his, of always looking to the next day, with everything still to play, is what I’m trying to absorb and keep for the rest of my life.”

Ronaldo might be unhappy when he’s not playing, but he can still provide value on the training ground and Antony’s comments suggest he has taken on that role at Carrington, which wasn’t guaranteed, considering the size of his ego.

Ten Hag has promoted multiple academy players to first-team training and it’s understood that the youngsters have marvelled at the forward, with the chance to play alongside one of the greatest players of all-time not wasted on them.

If Ronaldo is not playing, at least he is helping set an example, giving advice and being a positive influence in the dressing room. Although he is the club’s highest earner and that should be a given, that’s unfortunately not the case in football.

This season is expected to be his last at Old Trafford and it would have been a shame for Ronaldo to mar his time at the club with disappointing off-field behaviour, but it seems he’s helping others, which critics might not expect from him

‘Angry’ Joshua Wants to ‘Bash up’ Usyk in Rematch’