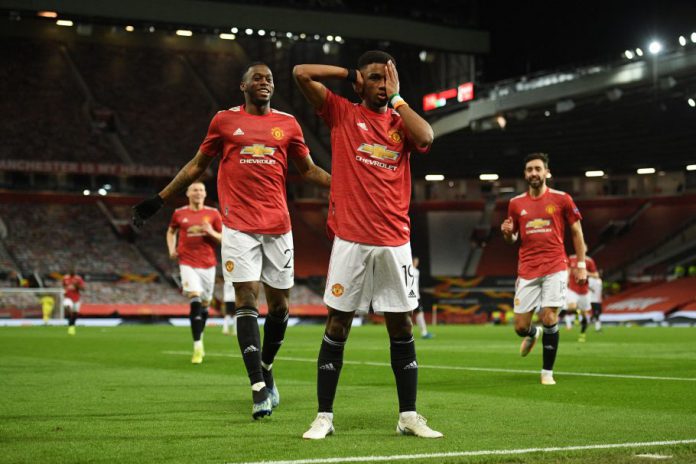 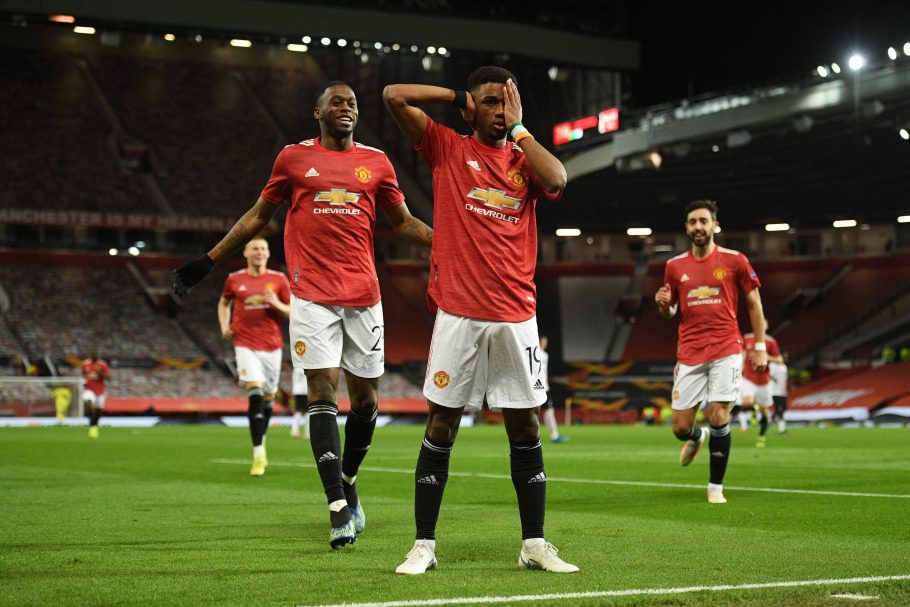 A special night for Amad Diallo on Thursday could swiftly be followed by another this weekend, when Manchester United face off with West Ham.

The Red Devils welcomed AC Milan to Old Trafford, for a glamour first-leg showdown in the Last-16 of the Europa League.

It was United who understandably headed into proceedings as favourites to advance, with the Premier League powerhouse fresh off the back of a derby victory over a rampant Man City, and Milan missing a host of key performers this evening.

The opening 45 minutes in Manchester, however, saw the visitors defy the odds, to go on to dominate.

Stefano Pioli’s men even had the ball in the net inside the opening quarter of an hour, only for Franck Kessie’s stunning strike to be ruled out for what appeared a rather harsh handball call:

Then, just minutes into the 2nd-half, a sucker punch was forthcoming for the Rossoneri.

A wonderfully-timed run, and subsequent pass, saw Bruno Fernandes split the Milan backline wide open, teeing up Amad Diallo, who had been on the pitch for mere minutes, to nod a clever header over the onrushing Gianluigi Donnarumma and into the visitors’ net:

Only on the pitch five minutes and he opens the scoring with a brilliant backwards header 🔥#UEL pic.twitter.com/XHBIflKmbx

Milan soon wrestled back control of the exchanges, though, to reestablish their dominance.

In turn, few could have argued that it was fully warranted when, deep into injury-time at Old Trafford, the Diavolo grabbed a potentially crucial equaliser.

A wicked corner from the left saw Simon Kjaer rise highest to nod a fine header (albeit with some help from Dean Henderson) into the roof of the net, sparking wild celebrations amongst the travelling players:

Dean Henderson has been praised for his recent performances, but he’ll be disappointed with this one…#UEL pic.twitter.com/85eIt0uQsl

Diallo to be rewarded?

On the back of the full-time whistle sounding at the Theatre of Dreams, though, despite Kjaer’s late finish having proven the game’s true telling moment, widespread chatter has nevertheless continued to surround Amad Diallo.

Whilst he was of course forced to watch what would have proven his first winner in the colours of United cruelly ripped away, the night, all told, proved a special one for the Ivorian.

This has since been summed up by number of remarkable statistics, with it first revealed that Diallo’s goal came courtesy of his first-ever shot on target for Solskjaer’s men:

1 – Amad Diallo’s first goal for Manchester United came with his first ever shot for the club, and in just his third appearance (all as a substitute). Lift-off. pic.twitter.com/3GdcMcjVDN

Not only that, but, in the process, the ex Atalanta man made history, in becoming the youngest-ever non-British goalscorer in a European clash for Manchester United:

18 – At 18 years and 243 days, Amad Diallo is the youngest non-British player to ever score in major European competition for Manchester United. Notorious. https://t.co/VzJANe3AV5

And, if the personnel problems facing the Reds at present don’t subside over the days ahead, then Diallo could swiftly see himself rewarded for his efforts this evening.

United of course entered the action versus Milan sans the services of both Marcus Rashford and Edinson Cavani.

Then, remarkably, adding to the woes of Solskjaer and co. was a fitness issue picked up by Anthony Martial, who was actually forced to make way for Diallo at half-time.

In turn, if none of the aforementioned trio are fit in time for the weekend, Mason Greenwood may be forced into a central role versus West Ham, opening a potential starting berth for Diallo out wide.

Retract and apologize or incur our wrath – Talensi small scale...