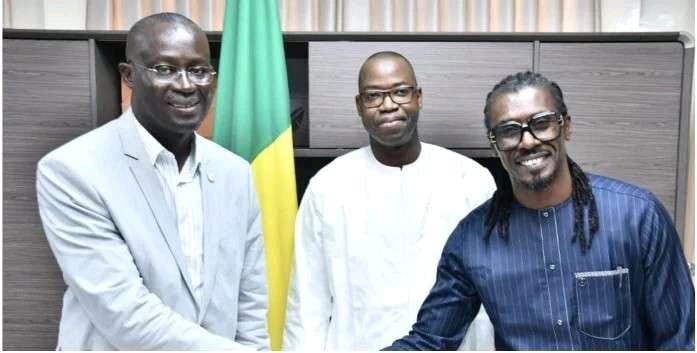 The president of the Federation of Senegal Football Augustin Sengor has confirmed that Aliou Cisse will continue as the coach of the Teranga Lions into the 2023 African Cup of Nations.

The former International defender has been under immense pressure due to the average performance of the team at the just concluded 2022 FIFA World Cup in Qatar.

Some officials of the federation believed Cisse should be relieved of his duties and another manager should be employed to tinker with the team.

But Sengor on Tuesday afternoon said they’ve agreed that Cisse will be allowed to continue with the team.

“We are in a project. And he foresees that the national coach will bring the team to defend our continental title during the CAN in Côte d’Ivoire”, Sengor told Wiw Sports.

Cote d’Ivoire will host the 2023 AFCON in the winter of January/February 2024.