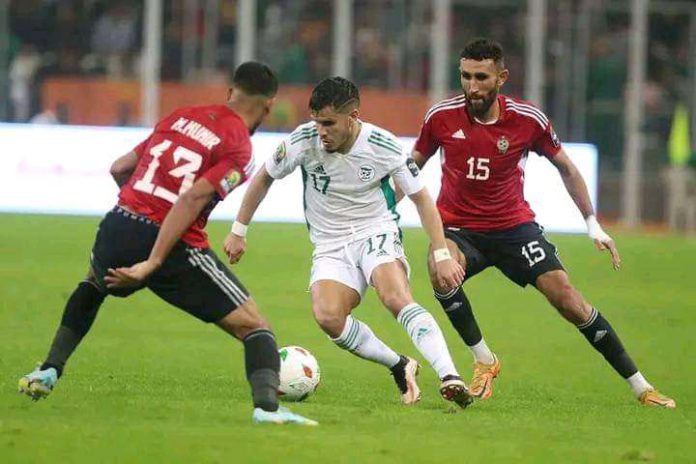 Algeria booked their slot in the knockout phase of the 2022 Championship of African Nations (CHAN) following their victory on Tuesday night.

The host nation earned a spot in the next stage following the win over Ethiopia by a goal to nil in the second Group A match of the tournament.

Prior to facing Ethiopia, Algeria were winners on the opening day of the competition as they beat Libya by 1-0.

The home team had control of the game on Tuesday against Ethiopia and could have gone ahead in the opening half but failed to take advantage of their chances.

Aimen Mahious, who was on the scoresheet against Libya, registered his second goal of the tournament in the 52nd minute to seal the narrow 1-0 win for Algeria against Ethiopia.

Algeria sit top of Group A with six points from two games.

Earlier in the day, Mozambique came from a goal down to beat Libya in their second game as they recorded a 3-2 victory.

The win sees Libya eliminated from the CHAN 2022 while Mozambique go second with four points needing just a point to qualify to the next round.

Tax on agro inputs a threat to agribusiness and food security...