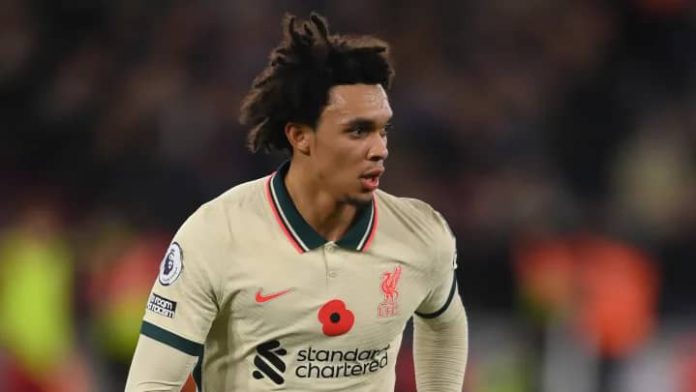 Liverpool right-back Trent Alexander-Arnold has been named the Premier League Player of the Month for November. The 23-year-old was in scintillating form for the Reds in top-flight action last month, claiming one goal and four assists in three Premier League matches.

Alexander-Arnold found the back of the net and claimed an assist in the 3-2 defeat to West Ham United before setting up two goals in the 4-0 win over Arsenal, while he also provided the assist for Virgil van Dijk’s strike in the win over Southampton.

Alexander-Arnold fended off competition from his own teammate Diogo Jota to win the award, as well as Manchester City duo Bernardo Silva and Joao Cancelo, Watford’s Emmanuel Dennis and Aston Villa’s John McGinn.

The England international has joined Michail Antonio, Mohamed Salah and Cristiano Ronaldo on the monthly awards list for the 2021-22 season and has won the Player of the Month for the second time, firstly scooping the prize back in December 2019.

Alexander-Arnold’s exploits have helped Liverpool rise to second in the Premier League table before the visit of Steven Gerrard’s Aston Villa today.