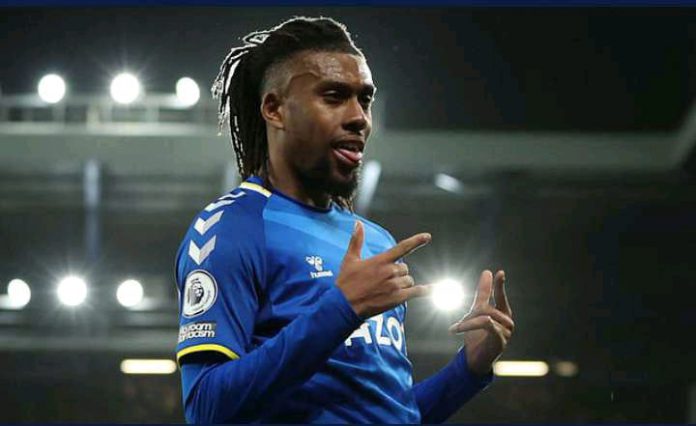 Talented Nigerian midfielder Alex Iwobi is set to be among the top 10 Super Eagles earners as he is set to sign a new ₦53.6million-a-week contract

Iwobi, 26, is now a key player under Frank Lampard and ready to pen a fresh three-and-a-half-year agreement.

A £38million signing from Arsenal in 2019, Iwobi was proving to be a flop at Goodison Park but he has completely turned around his fortunes.

Despite only scoring once this season, he has delivered a string of top performances and is one of the first names on Lampard’s team sheet.