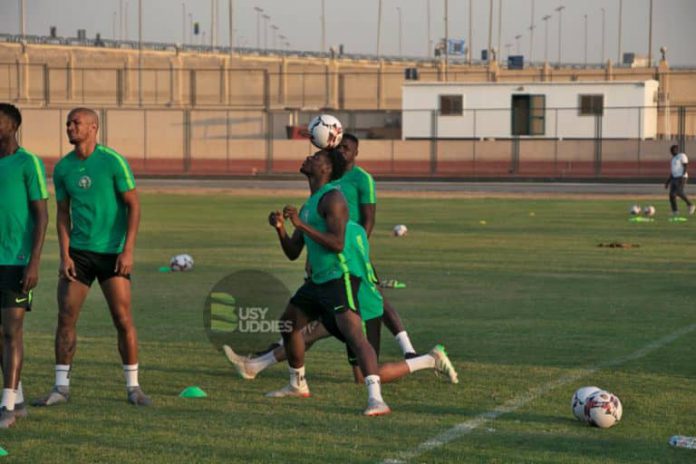 Chelsea academy product Ola Aina is hungry to win his first title with the Super Eagles at the ongoing Africa Cup of Nations in Cameroon.

The former England U19 skipper was a key member of the Super Eagles team that finished third at the last AFCON, starting five matches including the third place playoff versus Tunisia and the versatile fullback is also making a name for himself in Cameroon by helping the Super Eagles register convincing wins against Egypt and Sudan in the group stage.

Aina won almost everything you can dream of wining during his time with the Chelsea Academy – U21 Premier League, FA Youth Cup and UEFA Youth League – and the right back is now eyeing his first international glory at senior level with the Super Eagles.

The Torino star was rested for the last game against Guinea-Bissau as he was walking a disciplinary tightrope after receiving a yellow card vs Sudan but it is a foregone conclusion that he will make a return to the matchday 23 in the battle of the Eagles.

Speaking to  NFF TV monitored in Lagos,  Aina stated: “It’s a dream, I’d love to win something with Nigeria. I am sure everybody else in the team feels this way but like the coaches said we have to take this game by game. Let’s not get ahead of ourselves. We take every game as it comes.”

Aina is hoping to follow in the footsteps of his former teammates for club and country, Victor Moses and John Obi Mikel who won the Africa Cup of Nations in 2013.

Aguero ‘waiting until the end of the season’ to decide Man...