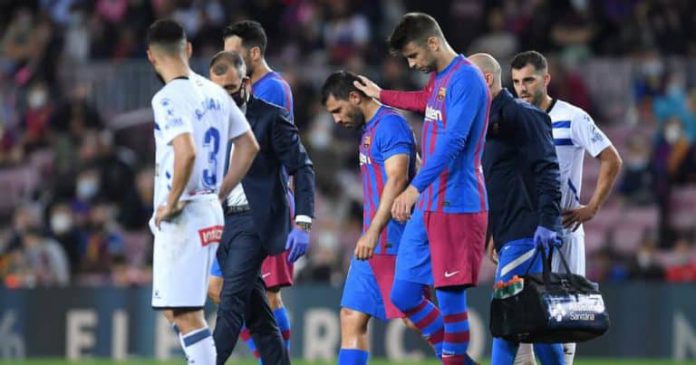 Barcelona striker Sergio Aguero has reportedly been forced to retire from the game due to heart problems.

The Argentine suffered chest pains and a shortness of breath in his side’s La Liga clash with Alaves last month and was initially ruled out for three months following cardiac exams.

Aguero was not believed to be considering retiring as a professional, but the former Manchester City striker appears to have been forced to hang up his boots due to his health.

Next week a press conference is scheduled to announce his withdrawal.”Aguero has only featured five times in all competitions for Barcelona due to a previous calf injury and is set to retire having scored just one goal for the Blaugrana in El Clasico.The 33-year-old left Manchester City as their all-time record goalscorer with 260 strikes in 390 games, as well as boasting 41 goals in 101 games for the Argentina national team.