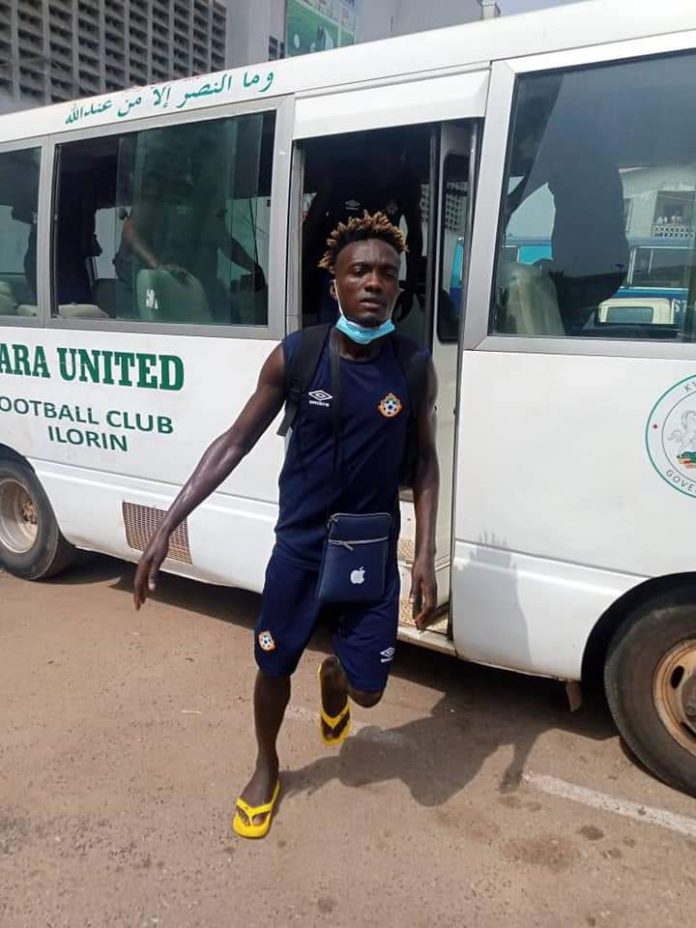 Kwara United impressive midfielder Afeez Nasiru has stated emphatically that himself and his teammates are ready to inflict a defeat on Nasarawa United in Ilorin.

Having won their last match at Katsina United in which Afeez Nasiru scored a 45 yards free-kick, Kwara United will aim to continue with their golden form at home against Nasarawa United on Sunday.

Nasarawa United on the other hand were made to face serious problems on their ground before beating visiting Abia Warriors 5-3 in their last game.

However, the Solid Miners must have it at the back of their minds that they have not beaten Kwara United in their last two games and Biffo and his wards are condemned to pick the three points in this battle.

While speaking with Kwara United Media, Afeez Nasiru explained that he will like to score another free-kick for his team if the opportunity comes against Nasarawa United.

“Nasarawa United is a good side, but tomorrow in Ilorin, we are ready for them and victory is what we need.

“If I should get any chance to play a free-kick in the match, then definitely I will aim to score because I love Kwara United and I want to go to Europe from Ilorin,” Afeez Nasiru explained.

In history, Kwara United and Nasarawa United have played 8 games in competitive football with the Solid Miners winning 4, while the Harmony Boys have 3 wins as the remaining game ended in draw.

During their last meeting on December 1, 2019, Nasarawa United suffered home defeat against Kwara United as Solomon Enudi’s 34th minute goal gave the Ilorin based side the win.

The last time Nasarawa United visited Ilorin was on April 26, 2015, and they were slapped with a 1-0 defeat by Kwara United.