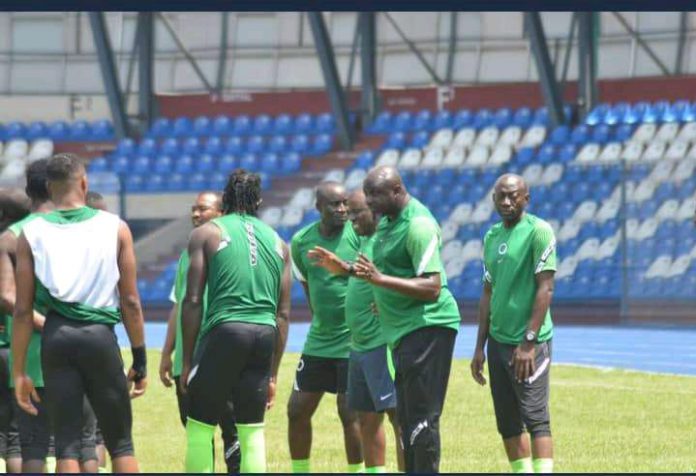 The Nigeria Football Federation has concluded travel plans for the Olympic Eagles delegation to hit Dar es Salaam on Wednesday, for the AFCON U23 first-leg qualifying game against Tanzania,.

With the game coming up on the weekend of 21st – 23rd October, the U23 Boys’ National Team on Friday continued their build-up.

Gold medalists in the Men’s Olympic Football Tournament in Atlanta, the USA in 1996, silver medalists 12 years later in China and bronze medalists in Brazil six years ago, the Nigeria team is presently training in Ibadan, the Oyo State capital.

On Friday, the team went through a series of drills and intense tactical training under the watchful eyes of the technical crew led by Coach Salisu Yusuf, with Kennedy Boboye, Abubakar Bala and goalkeeper trainer, Suleiman Shuaibu also at hand.

The team has been training twice daily at the Lekan Salami Stadium, Adamasingba, where they will host the return leg of the fixture against the East Africans on Saturday, 29th October.

Messi Hints At Retirement After W/Cup