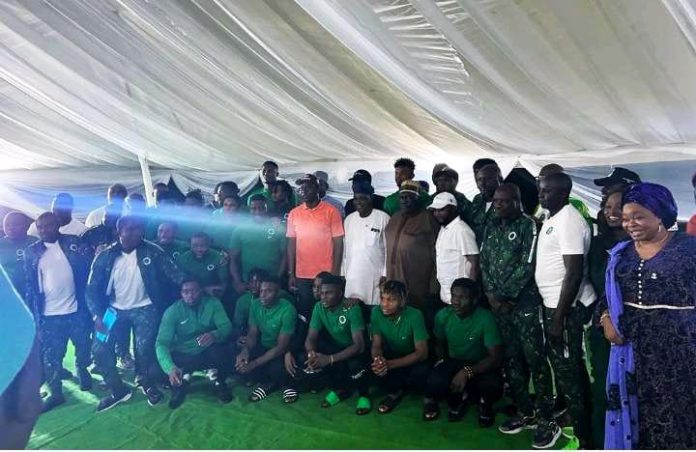 The Oyo State Governor, Engr. Seyi Makinde has dangled the sum of 25,000 dollar carrot regardless of the result against their Tanzanian counterparts on Saturday at the Lekan Salami Sports Complex, Adamasingba.

HIS Excellency Governor Makinde disclosed this while hosting the Olympics Eagles at the Government House, Agodi Ibadan on Friday night.

Governor Makinde also gave the team Ten Million Naira immediately after the dinner hosted by him.

The Nigerian team will lock horns with Tanzania in the second leg of the 2023 U-23 Africa Cup of Nations qualifiers at the Lekan Salami Stadium in Ibadan on Saturday.

Both teams played out a 1-1 draw in the first leg at the Benjamin Mkapa Stadium, Dar es Salaam on Saturday last week, and goals are needed to separate them and determine which side goes ahead to face the winner of the fixture between Uganda and Guinea in the ultimate round before the continental finals slated for Morocco.

Why I Recalled Ighalo— Rohr