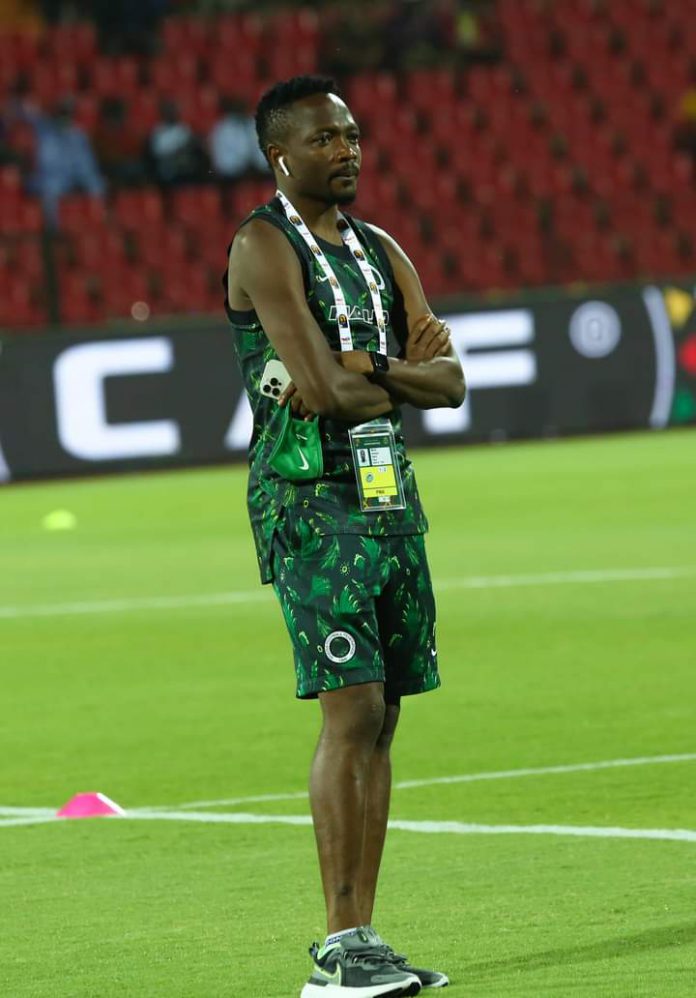 Super Eagles interim boss, Augustine Eguavoen has said Amaju Pinnick, the President of the Nigeria Football Federation (NFF), will no longer be allowed to speak to the players during half-time breaks.

Pinnick was present in the dressing room during the 1-0 win over Egypt and 3-1 victory over Sudan, both in the group stages of the 2021 Africa Cup of Nations.

However, the NFF boss was absent during the last fixture against Guinea-Bissau, which the Eagles won 2-0.

Ahead of Sunday’s Round of 16 clash against Tunisia, Eguavoen was asked about Pinnick always coming in to talk to the players, especially when that is time for the coaches to iron out mistakes or talk tactics.

“We talked about timing and I am still talking about it. It’s our culture – motivation is good.

“Guests can have short discussions with the team at the restaurant and not inside the dressing room.

“Against Egypt was the only time when the NFF president and the Air Peace president came to see the team and it was five minutes.

“In the second and third games, no one came to see the team. I don’t think this will happen today”.