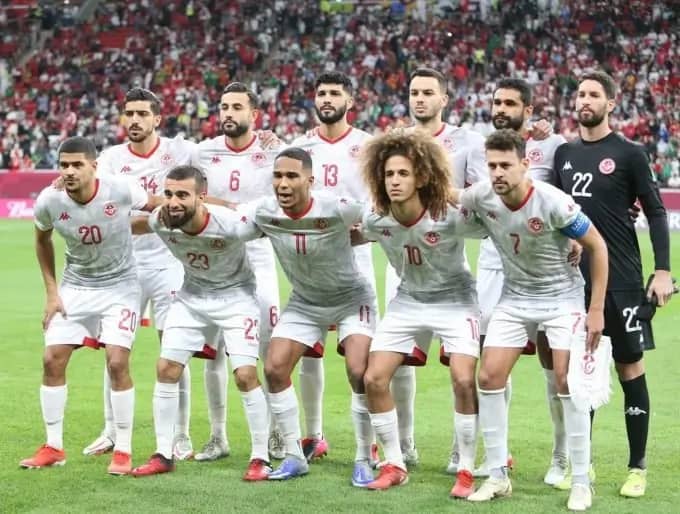 Tunisia will be hoping for a miracle and a change of fortune in the Round of 16 encounter of the Africa Cup of Nations when they face Nigeria at the Roumde Adjia Stadium in Garoua today. With no less than 12 players and head coach Mondher Kebaier out due to positive test results for COVID-19, the game looks a tricky one.

Kebaier was absent during the pre-match press conference on Saturday at the media centre of the Roumdje Adjia Stadium, Garoua and Jalal Al-Qadri, Tunisia’s assistant coach, addressed journalists during the press conference and said Wahbi Khazri, captain of the Carthage Eagles, and 11 others had contracted COVID-19 and will not be available for the game.

Meanwhile, goalkeeper Farouk Ben Mustapha is suspended from the game leaving Tunisia vulnerable but dangerous if Nigeria let off steam on the pedal.

Tunisia have endured rotten luck at the AFCON, suffering from diabolical refereeing in their 1-0 loss to Mali and being hit by a wave of Covid-19 infections ahead of their defeat by the same score at the hands of Gambia on Thursday.

Yet the Carthage Eagles did show their class in between the two losses, crushing Mauritania 4-0 – a big win which ended up being key in advancing from Group F as one of the top-ranked third-place finishers. “I keep complete confidence in my players despite the difficulty of the situation,” said Kebaier.

Nigeria, by contrast, has been the pick of the teams at the AFCON so far, recording a clean sweep of three wins over Egypt, Sudan and Guinea-Bissau to top Group D.

The Super Eagles are flying high under the leadership of interim coach Augustine Eguavoen, who has urged his charges not to take anything for granted now that the tournament is at its do-or-die stage.

In head-to-head stats, Nigeria and Tunisia have met in 20 matches across all competitions since their first clash back in 1961. Both the Super Eagles and the Carthage Eagles have claimed six wins in the rivalry, while eight games have been drawn. The teams last met in an international friendly, in Austria in October 2020, which ended in a 1-1 draw thanks to goals from Kelechi Iheanacho and Mohamed Drager.

Jesus: ‘I Don’t Want To Be The Next Thierry Henry’