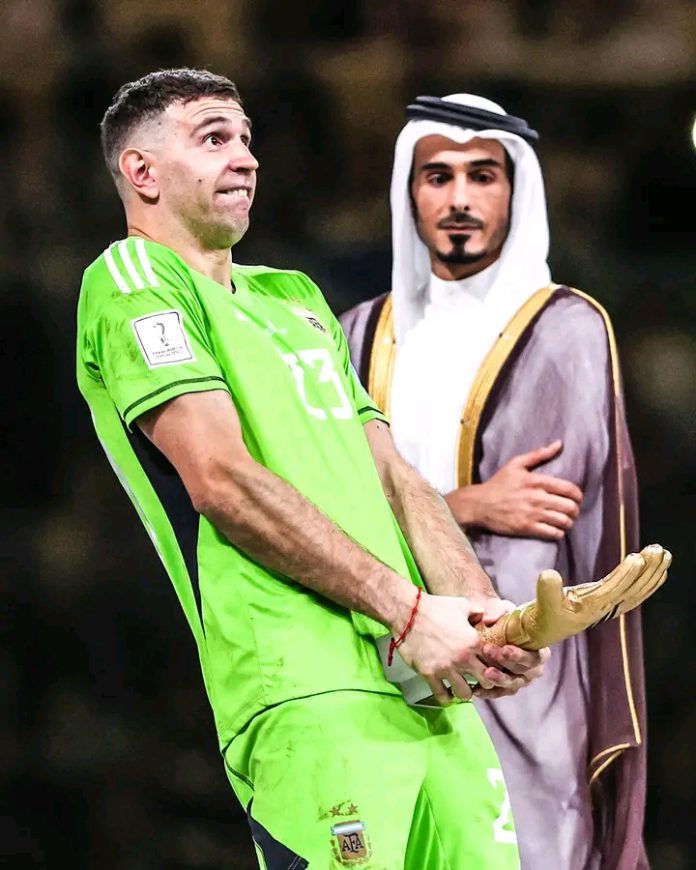 The Argentina players danced around the dressing room after their triumph and they were all heard singing “a minute’s silence for” in tandem, before leaving a gap for goalkeeper Martinez to shout: “For Mbappe who is dead!”

The Argentina goalkeeper had yet another clutch moment for his team in the post-match penalty shootouts as the South American giants emerged champions of the world.

Martinez made a dramatic point-blank last-ditch save to send the game to penalties before coming up clutch for La Albiceleste with a stunning save to help his home nation beat France 4-2.

On the other hand, Kylian Mbappe too had an excellent game. He scored a hat trick seemingly from out of nowhere to electrify the World Cup final, he ended the tournament as the leading scorer with eight goals, and he still missed out on winning a second straight title.