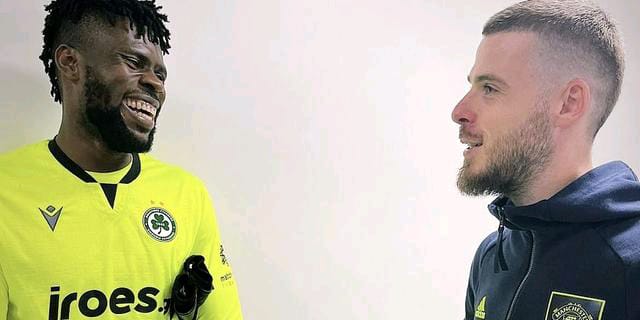 The Spaniard achieved the milestone of 500 games for Manchester United when he started in the goalless draw with Newcastle United on Sunday, October 16.

Signed from  Atletico Madrid in 2011, De Gea is the first non-British or Irish player to reach the milestone for the club, and only the eleventh Manchester United player in total.

Uzoho and De Gea faced off in the UEFA Europa League last Thursday and the Nigeria international stole the headlines with an excellent display,making save after save after save but in the end the Red Devils’ pressure told with a goal from substitute Scott McTominay.

The 2013 U17 World Cup winner with the Golden Eaglets is a self-confessed fan of Manchester United.

After De Gea took to Twitter to reflect on his milestone of 500 games, Uzoho replied “Legend,” accompanied with a love heart emoji.

Uzoho started for Omonia Nicosia on Monday in their league game against Nea Salamis.

How Ghana Qualified For Qatar 2022 World Cup Ahead Rivals Nigeria...