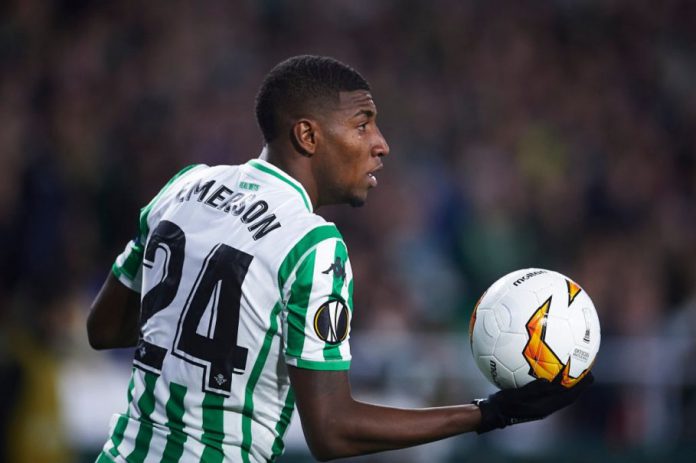 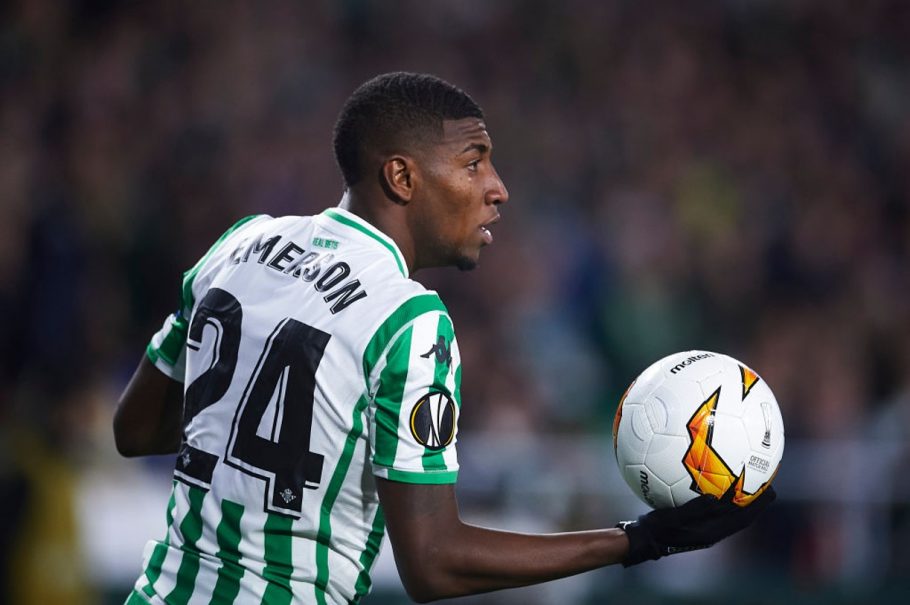 Reports have surfaced that Arsenal full-back Hector Bellerin could be allowed to leave in the summer after supposedly reaching a verbal agreement with Mikel Arteta.

ESPN reported that Arteta and Bellerin spoke about him giving the club one more season before being allowed to leave should a club come in with an acceptable offer for the Spain international. 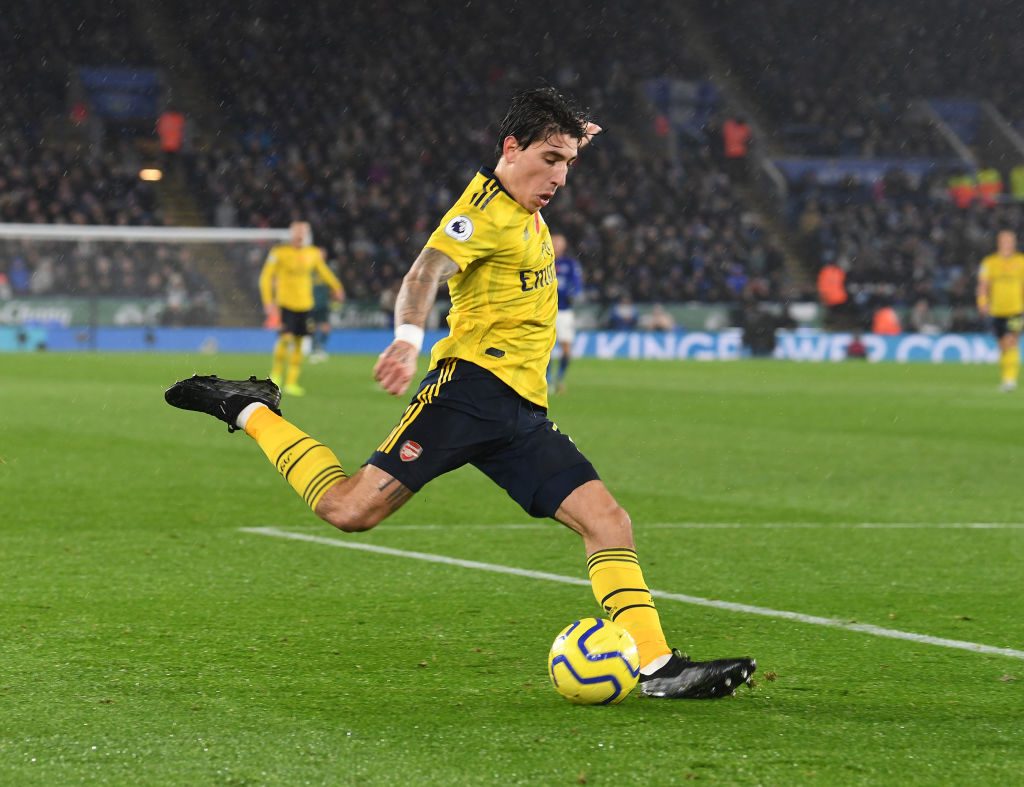 PSG and Barcelona have both been credited with an interest in Bellerin. Should they or anyone else make a move for him this summer, Arsenal will need to find a replacement with both Cedric and the currently loaned-out Ainsley Maitland-Niles not of the desired quality to take Arsenal forwards and progress as a club. 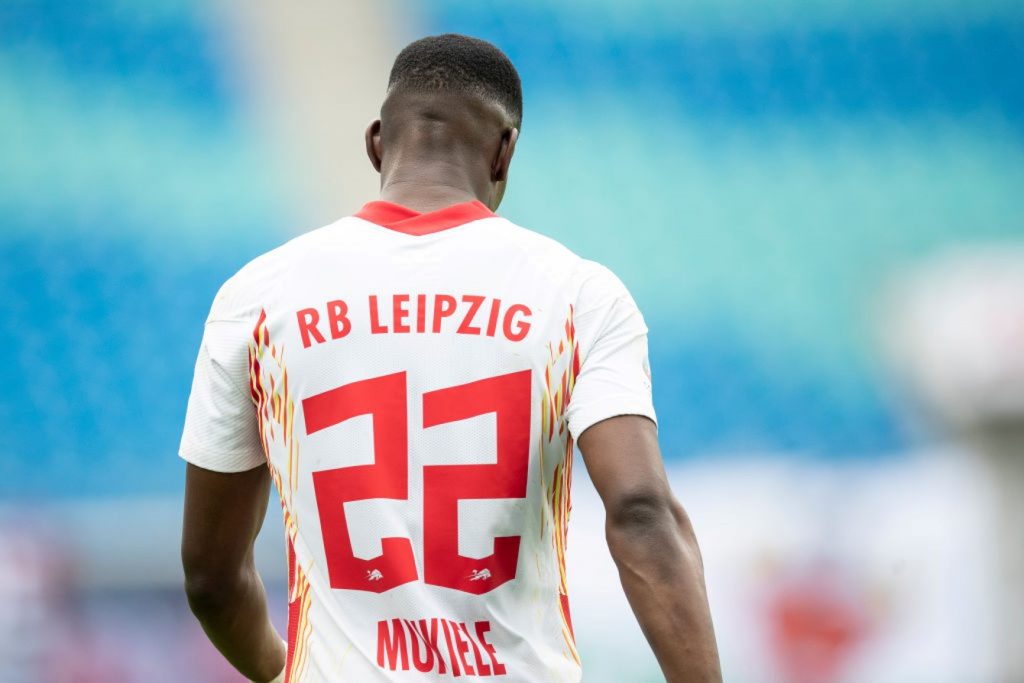 Another fantastic piece of scouting from Leipzig, Mukiele joined the club from Montpellier in 2018 for €16 million. Since, he has become part of a French defensive contingent at the German side with Dayot Upamecano and Ibrahima Konate.

The first thing to notice about the Frenchman is the fact he is 6’2. Tall for a full-back and unsurprisingly he has deputised in central defensive areas adding elements of versatility to his game if Mikel Arteta should need extra support in these roles.

A player with good pace and strength, Mukiele can power up the flank looking to find passes and crosses inside. The execution is an element of his game which needs to improve with only 34% of crosses finding their target this season so far. But he is a progressive player and has averaged more than double forward passes in comparison to the alternative.

He would add a completely different dimension to Arsenal’s right flank but would not be a cheap option with a couple of years still left on his deal. 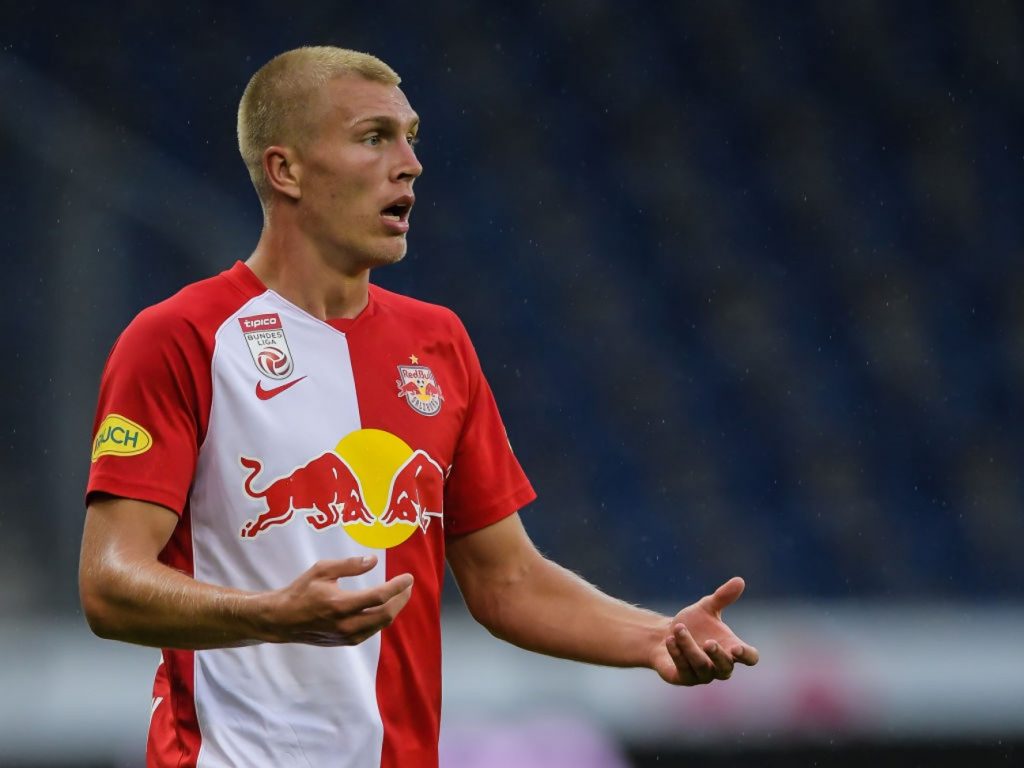 The associated Red Bull club Salzburg are equally as, if not more, impressive in their scouting and finding hidden gems amongst the world’s talent than Leipzig. Beyond simply signing players from some of the world’s smaller sides, they often find opportunities at some of Europe’s big guns too. Salzburg have struck gold with former Ajax full-back Rasmus Kristensen.

The Danish international may not yet be a regular for his country with strong competition for the role, but he is becoming a key threat in Jesse Marsch’s squad. An attack-minded full-back Kristensen has 3 goals and 4 assists this season and loves to push up the right flank.

An arguably cheaper option for the Gunners, Kristensen would not be a huge upgrade on paper but one with potential to shine, should the Gunners look to invest more heavily in other positions. 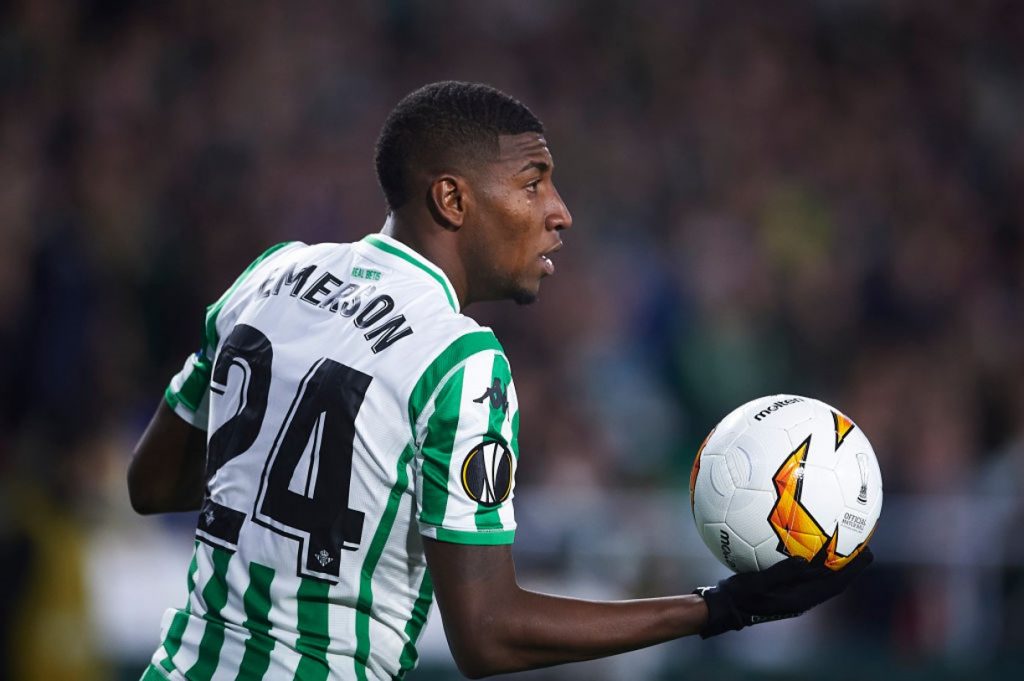 The Brazilian full-back has managed to sneak under the radar of many whilst becoming a quality player in La Liga. He shares the attacking facets of the previously suggested options, but what he surpasses them in is the defensive work-rate.

The problem which Arsenal have would be acquiring him. He is reportedly joint-owned by both Real Betis and Barcelona. Barca are able to bring him to the Camp Nou for just €9 million this summer and could then choose to either keep him or sell him on with the club arguably needing to make money.

With the investment of Sergino Dest and the presence of Sergi Roberto, the Blaugrana could theoretically be open to selling but it is an incredibly difficult deal to complete. Should they hold interest in Bellerin, swap deals suddenly come to mind. 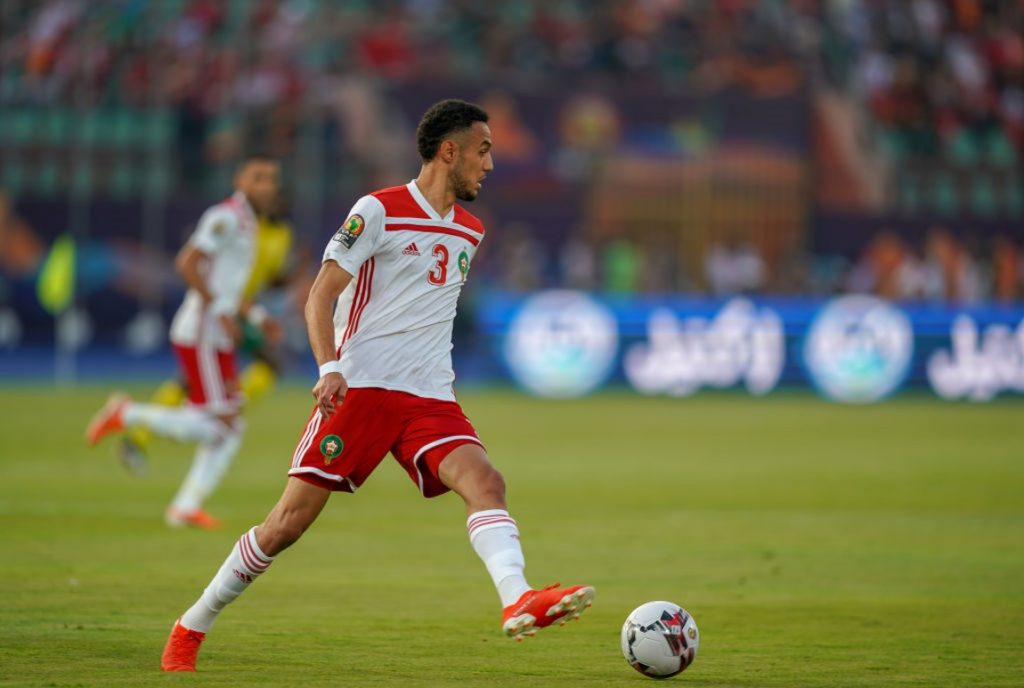 Noussair Mazraoui of Morocco during the 2019 African Cup of Nations match between South Africa and Morocco at the Al Salam Stadium in Cairo, Egypt on July 1,2019. (Photo by Ulrik Pedersen/NurPhoto via Getty Images)

Noussair Mazraoui, a Dutch-born Moroccan international has become a key figure in the Ajax setup. Another example of a player who enjoys a foray forwards and supporting the associate right-winger.

With a player like Bukayo Saka, who loves to dart wide, ahead of him, the pair have the potential with their styles to complement one another.

This is, in part, due to him lacking the same electric pace as some of the other options on the list. He is by no means slow, but noticeably different to Bellerin for example. But this does mean he knows he must be disciplined defensively and copes well in 1-on-1 situations.

Having lost Dest in the previous summer, Ajax may be reluctant to lose yet another full-back but they do have Sean Klaiber as experienced support should they be tempted into selling. 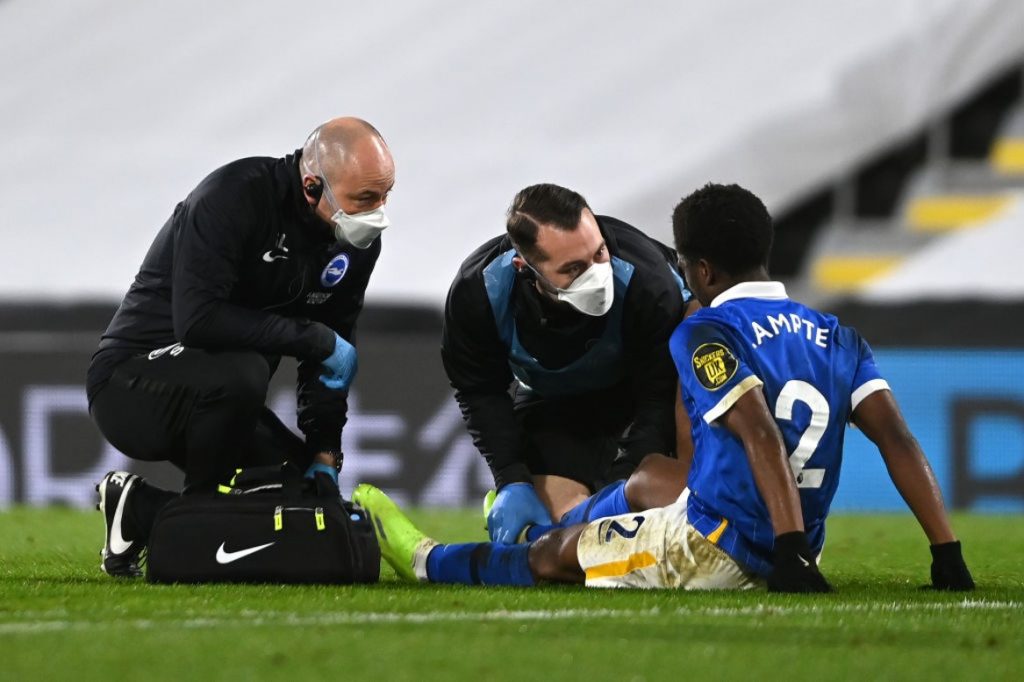 LONDON, ENGLAND – DECEMBER 16: Tariq Lamptey of Brighton and Hove Albion receives medical treatment during the Premier League match between Fulham and Brighton & Hove Albion at Craven Cottage on December 16, 2020 in London, England. The match will be played without fans, behind closed doors as a Covid-19 precaution. (Photo by Mike Hewitt/Getty Images)

Firstly, with Lamptey being the last pick, the explanation of Max Aarons’ absence has been down to the increase in interest from the likes of Bayern Munich in the England youth international. He would otherwise be here and instead is Lamptey, an option which has burst onto the scene at Brighton having been acquired from Chelsea.

The 20-year-old has recently signed a new deal with the Seagulls, however this is unlikely to put off potential suitors. Lamptey has suffered with injury issues that have not permitted him to show off further impressive displays, but his absence has been felt by Graham Potter’s side in the meantime, which shows in itself his quality.

He loves to attack the right-flank, averaging just under 4 crosses per match. Having averaged a higher number of passes into the box than into the final third, Lamptey is clearly a player who enjoys making the progressive runs to be found by teammates.

However, his young age does show in some of the negative passing in his game. Both regarding accuracy and direction currently more frequently choosing to pass the ball backwards than forwards. Likely due to not wanting to make mistakes and keep possession, but a move to Arsenal could provide him the confidence to be more expressive in a positive sense.

Premier League experience is a valuable asset Arsenal need but not something that comes cheaply.