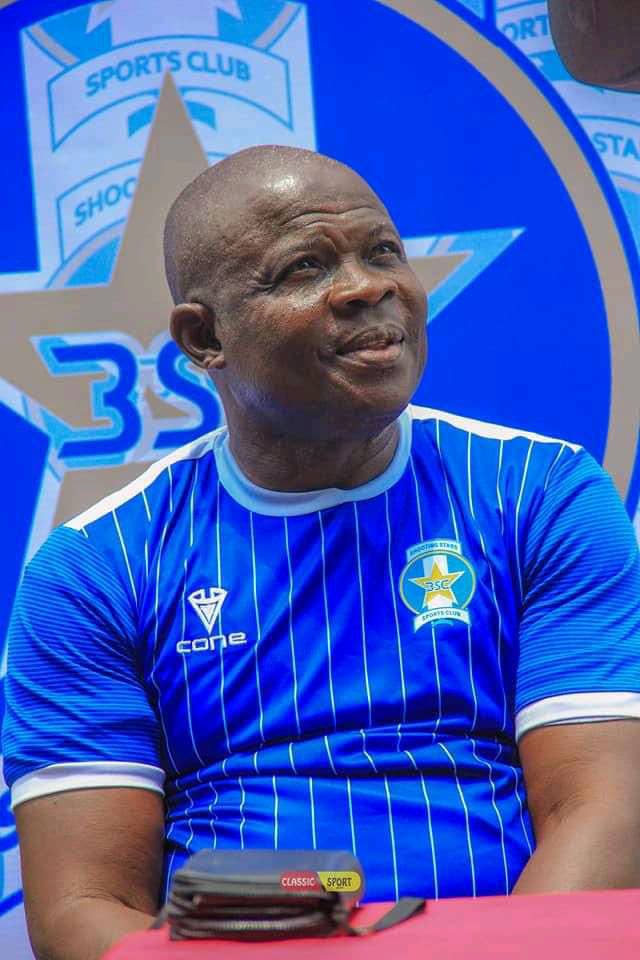 Technical Adviser of Shooting Stars Sports Club (3SC) of Ibadan, Gbenga Ogunbote, said there are still lots of grounds to cover as his team intensifies preparations for the upcoming 2022/23 season.

Speaking moments after his side’s 2-0 triumph over Crown FC of Ogbomoso in the grand finale of a competition put in place by the Seyi Makinde Football Volunteers Movement , decided at the Lekan Salami Stadium, the soft spoken tactician refused to be carried away by recent positive results being posted by the Oluyole Warriors.

“It is very good we are getting better every day but I can tell you that it is still work in progress. We are not there yet, we are still working towards reaching perfection and we will work harder to get there”, said the former Rangers International sweat merchant.

On the victory over Crown, Oracle, as the gaffer is popularly called, said the win was very important to the team considering some factors.

“Even though it is just a pre season match, winning it was very important because we were playing before our governor, our fans and also you consider the rivalry between the two teams.

“There is nothing special in 3SC beaten Crown but if Crown had defeated Shooting Stars, you all know what this could mean”.

The ex Sunshine Stars and Remo Stars handler, when asked whether he was under any pressure, responded.

“Well, pressure has always being part of the game, especially when you consider the huge expectations from the supporters and fans of a big club like Shooting Stars.

“I came here with the mindset of protecting my name and honour and the best way to do this is to live up to expectations.

“I will try my possible best to make sure that we give the government and the supporters of 3SC something to be happy about at the end of the season. That is my ultimate target.

“With the support of a sport loving governor in the person of Engineer Seyi Makinde, the cooperation of the management, staff and the players, we will surely achieve our goal, because it is a collective responsibility,” stated the ex Gateway, Sharks and Lobi Stars Coach.

Juve to let Ronaldo leave if Portuguese forward wants out