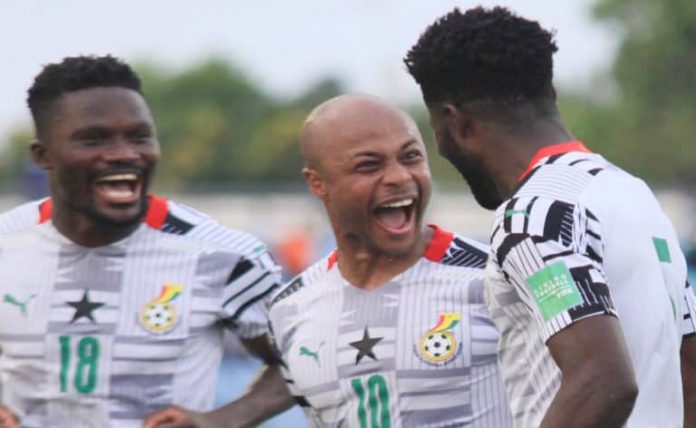 Ghana head coach Milovan Rajevac has named a preliminary 30-man squad for the Africa Cup of Nations, Cameroon 2021 next month.

The Serbian trainer released his squad for the upcoming tournament on Tuesday during a press conference at the Ghana Football Association.

Top stars Thomas Teye Partey, Andre Ayew, Jordan Ayew and Daniel Amartey have been named in the squad which will be trimmed to 28 before the start of the tournament.

AS Roma youngster Felix Afena-Gyan has also been named alongside 2021 Africa U20 Championship best player Abdul Fatawu Issahaku made the cut for the AFCON.

The home-based players will leave Ghana for Qatar on Wednesday 22 December 2022 to continue preparations for the next month’s tournament. The Black Stars will play a local club, one other country and African champions Algeria in friendlies while camping in the Middle East