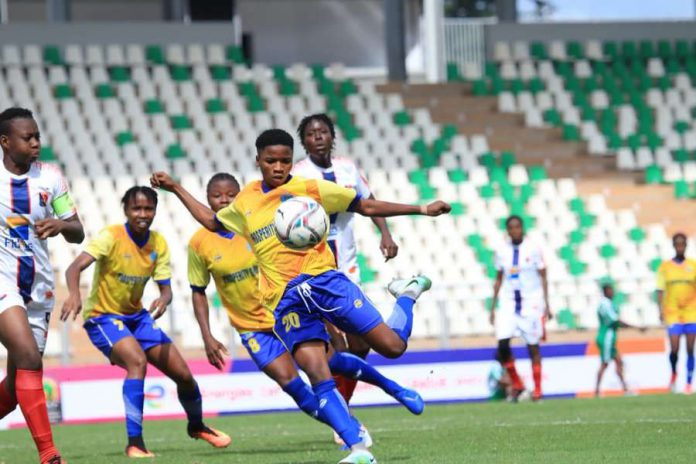 The plan of the Nigeria’s Super Eagles team B to get a positive result in Ghana against the Black Galaxies proved abortive as they suffered defeat in Cape Coast.

The first leg of the final round of the Championship of African Nation was on Sunday and took place at the Cape Coast stadium in Ghana and it was the host that carried the day.

The Nigeria side control the game in the first half and had their own fair of chance through Joseph Onoja, Babatunde and Abubakar Adamu but they failed to take them.

The host came back stronger and better in the second half and their efforts paid off earlier as they were awarded a spot-kick.

Afriyie Barnie converted the kick in the 49th minute and sent the home crowd into a rapturous moment. As Super Eagles were trying to come back, Suraj Seidu doubled the Ghanaian lead in the 85th and secured a comfortable 2-0 win for the Black Galaxies.

With the result, Super Eagles now have a mountain to climb as they must score three unreplied goals against the Ghanaians in Abuja next weekend to have a chance of progressing to the CHAN competition that will be held in Algeria next year.