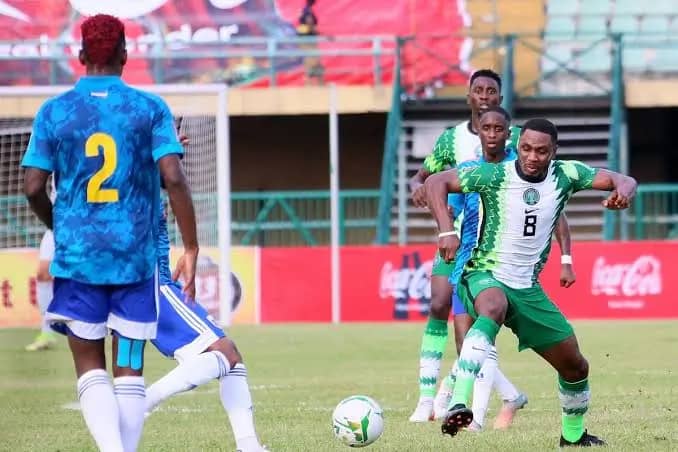 The striker who emerged the 2019 Africa Cup of Nations top scorer has shifted his focus to the upcoming 2022 World Cup playoff against regional rivals Ghana at Baba Yara Sports Stadium in Kumasi.

His first half treble took his tally for the season to 22 goals from 28 appearances in all competitions with 13 in the colours of his past club Al Shabab and nine for Al Hilal.

When Ighalo found the net in the third minute of stoppage time, he broke his personal record for goals in a single season.
His previous personal best was the 21 he netted in his final season at Chinese team Changchun Yatai.

This is Ighalo’s third 20-goal campaign, having first achieved the feat in his maiden season at Watford, 2014-2015.

Qatar 2022: Liberia Camp In Disarray As Head Coach Refuse To...