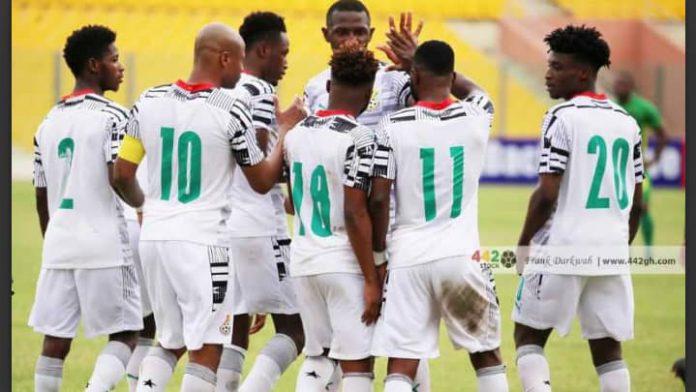 Uncertainty over the availability of Ghana defender, Abdul Rahman Baba has left coach Otto Addo in panic as the Reading star has been ruled out of the 2022 World Cup play-off against Nigeria later this month.

The player has been out of action since mid-February after picking up a knee injury against Preston North End in the Championship.

However, Reading boss Paul Ince has divulged the 27-year-old left-back will continue to be on the sidelines another two to three weeks making him unavailable for the World Cup play-off.

Ghana’s hopes of having the Chelsea loanee to face the Super Eagles have been quashed according to information gathered.

“Rahman is two or three weeks away. Halilovic is maybe another week or so away. It’s tough because these players have been out a while and we need to get them back up to scratch,” Ince said in a press conference ahead of this weekend’s match against Nottingham Forest.

Meanwhile, reports in the local media suggest that Hearts of Oak left-back, Dennis Nkrumah-Korsah will fill the void for the two crucial games.

Rahman has made a total appearance of 24 in the ongoing English Skybet Championship.

The Black Stars technical team led by coach Otto Addo according to reports will give them the role due to their leadership skills on the pitch for the crucial World Cup playoff against the Super Eagles of Nigeria.

Thomas Partey who was a deputy captain at the last AFCON in Cameroon will captain the lads for the first and second legs of the playoffs. This change is happening due to the red card skipper of the side Andre Ayew got at the 33rd Africa Cup of Nations against Comoros Islands.

Daniel Amartey who played in all the games at the 2021 AFCON made his debut for the Black Stars of Ghana on 19th January 2015 against Senegal.

Ghana will take on Nigeria on March 25th at the Cape Coast Stadium and clash again on March 29th.

Investigation finds no evidence of GBV during removal of EFF MPs...