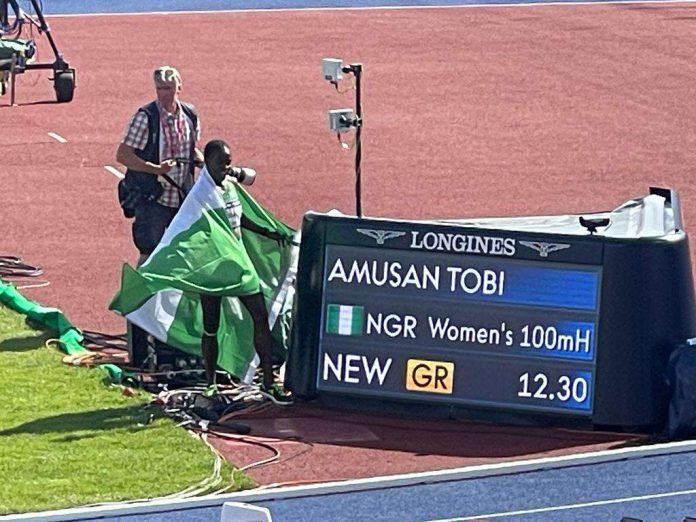 It was jubilation galore in the camp of Team Nigeria as Tobi Amusan proved that her victory at the just concluded World Athletics Championship was no fluke.

The United States-based athletes proved bookmakers wrong in Oregon by storming to a 12.12s to win 100m in the women’s hurdles final.

Competing in the ongoing 2022 Commonwealth Games in Birmingham, Amusan on Sunday lived up to expectations as she emerged the winner in the women’s hurdles final.

She raced to a 12.30s to clinch a Gold medal and set a new Commonwealth Games record.

Overall, Team Nigeria is set to break its previous competition record following their medals haul as the games gradually draw to a conclusion.

ANC Gauteng says Lesufi ‘must be given space’ as Cabinet reshuffle...

Lebron James hits back at Zlatan Ibrahimovic over suggestions to stick...