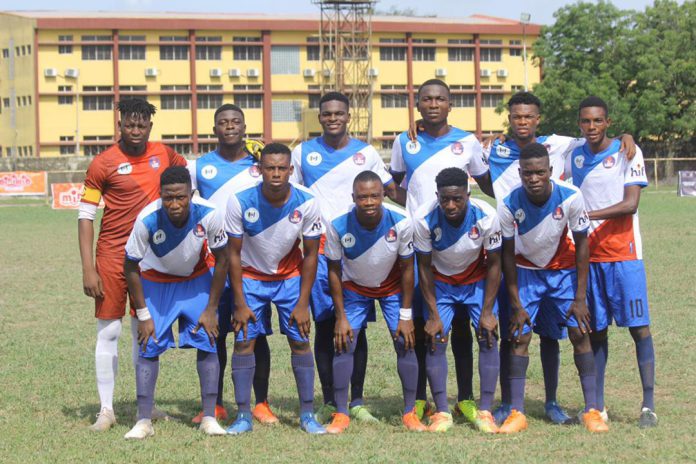 Manaseh Ibokete of UNIUYO Tuskites yesterday recorded the first hatrick in the ongoing 2021 Higher Institutions Football League (HiFL) as the Tuskites defeat the UNIZIK Cardinals by 5-0.

In the game played at the UNIUYO Sports Complex, Ibokete proved to be a handful for the Cardinal’s defenders who struggled to contain him throughout the match. Idari Jude provided the remaining two goals which shot the Tuskites to the top of the table in Zone E. In the third game, UNN Lions defeated the IAUE Minders by 3-2. Anichebe Idris scored a brace for the Lions in the 13th and 54th minutes before Utazi Chigozie added the third in the 82nd minute. Paul Benedict and Ibeche Chibroma scored for the Minders in the 38th and 79th minute.

In Kano, Michael Samuel of Kogi State University recorded the second hatrick against the ATBU Bravehearts, as the team won the game by 3-0. The score has put the qualification of ATBU for the next round into jeopardy having lost their two games and no are longer fancied to qualify as the best loser from Zone A. The same scenario also played out in Lagos as LASU Blazers, who are the hosting university, are the verge of exiting the competition. The Blazers lost their first game against UNILAG Marines by 1-0 and the second against LAUTECH by 2-1.

Results from games across other centres showed that the race for the Golden Boot for this season is heating up. In the game between UNIBEN Royals and the team from Adekunle Ajasin University, Ikechukwu Okoro scored both goals to end the game at 2-0 in favour of the Royals. Okoro, who is gradually becoming a master in the league again proved his worth with a superlative performance. The game between NDU Oilers and the Federal University of Petroleum Resources, Effurun (FUPRE) at the same centre ended 3-1 in favour of the Oilers. Mike Gede scored a brace for the Oilers in the 45th and 49th minutes while Godgift Ekene added the third in the 90th minute. The only goal for FUPRE was scored by Idoghor Anthony in the 24th minute of the game.