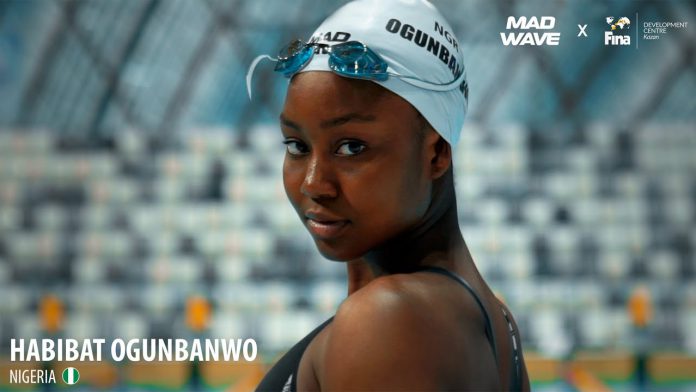 Before achieving the feat on Wednesday, no Nigerian woman had ever gone under a minute in the women’s 100m freestyle event but that is no longer the case after Abiola Ogunbanwo, at the Tokyo Aquatics Centre, won Heat 1 of her favourite event in 59.74s.

Competing in the very first heat of the women’s 100m freestyle event, Ogunbanwo finished ahead of Andela Antunovic of Montenegro (1:00.01), Nepal’s Gaurika Singh (1:00.11), and Mineri Gomez of Guam (1:04.00) to keep alive, at the time of racing, her hopes of advancing to the semi-finals.

That was not to be though, as her time ended up being the 50th best in the event and not enough to secure the teenager a spot in the semi-finals.

With her PB, she now holds the record for long standing 100m freestyle NR after edging out Ngozi Monu’s record of 1:00.50.