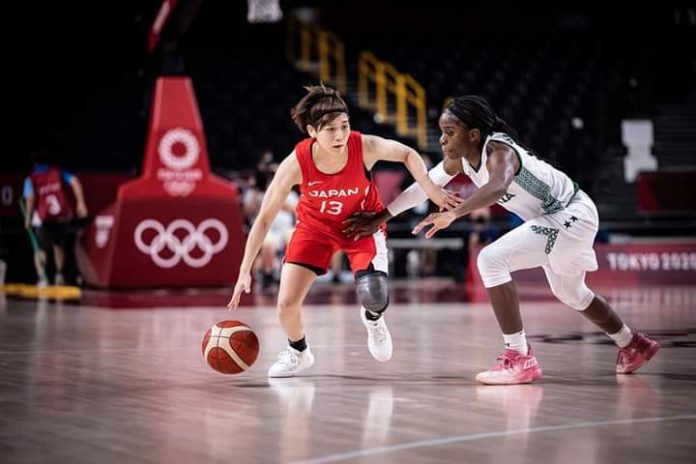 The Nigerian Basketball team, D’Tigress fell before Japan in the early hours of Monday in their group game of the 2020 Tokyo Olympics.

Found themselves in a difficult group, the D’Tigress gave Nigerians some glimpse of hope in their first match against the United States where they put up a good performance but eventually lost by 81-72 points.

The result gave many Nigerians hope that they could do the unthinkable but an 87-72 lost against France dwindled the hope.

Going into the final game against Tokyo, a win with a wide margin would’ve guaranteed them a place in the quarter-finals but D’Tigress despite all their efforts fell to the Japanese 83-102.

The Japanese although would’ve their accuracy level to thank for the massive victory as they recorded over 17 tripples throws which blew away D’Tigress.

They will now wait for the classification games before departing Tokyo