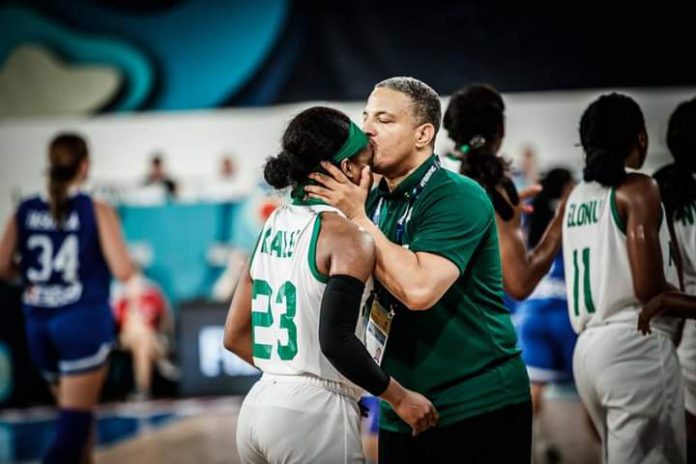 Following their loss to the United States of America in the opener of their 2020 Tokyo Olympics games, coach of Nigeria women’s basketball team, D’Tigress Otis Hughley, believes his side has improved over the course of the time they’ve spent together while also showing his excitement on the team’s prospect.

“There are a lot of improvements compared to the last time we played them. Lot of positive that will move us forward as a country.” Otis told media.

“We started 2018, they started before then. We have not filled up program, whenever they came up we have to, we have been building up as you can see we’ve come a long way in short time.

“I’m excited about the prospect against the best in the world. We missed some incredible chances and lay up as you know all points matter. That’s 4th time we played USA and is really good us.”

“This is first game and everybody cannot win but I think after this we will back with a bang and played out our game. I was very excited how we attack them we came up against the best team in the world I feel for everyone.

“I was very proud how we played today . We came out fought hard but it’s one game at a time and I’m happy.

“We don’t look at the 20 points we recorded in the quarter we look into our possession and if you notice were on top of the game then and that is really good for us.”

The D’Tigress will next face-off with France on Friday.