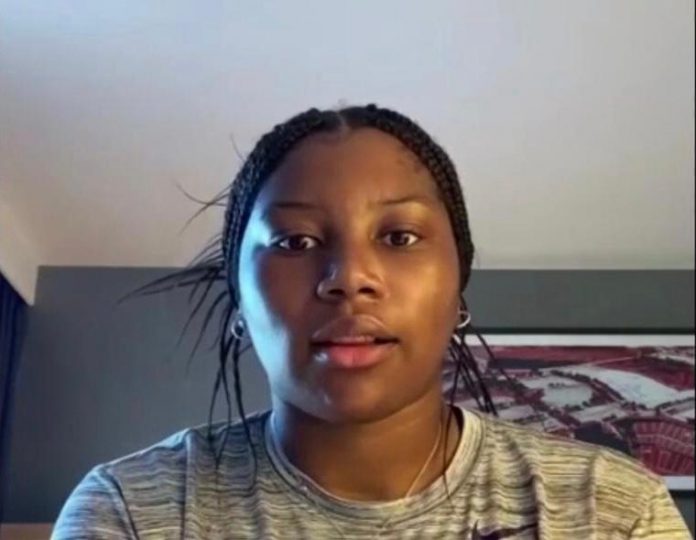 Forward, Amy Okonkwo has told NBBF Media that an opportunity to try out with Dallas Wings in the WNBA is a confidence booster for her as she eyes a spot in the D’Tigress squad heading to the 2020 Olympics Game.

The 25 year old who played 18 games for Club Deportivo Zamarat in the Liga Femenina de Baloncesto (Spanish elite league) averaging 11.3pts and 5.4rebs per game in the 2020/2021 season was one of the 16 players invited by Coach Otis Hughley for the first phase of the Olympics preparation in Atlanta

Heading into her third year as a professional athlete, the 6’2ft tall Power Forward said, “I think this opportunity with Dallas Wings is a confidence booster for me going into possible opportunities with the Nigerian team.”

With the team preparing for the next round of camping exercise as the journey to Tokyo continues, Okonkwo is confident that the WNBA experience will make her a better player.

“I am super thankful for the opportunity and I think it is a really good chance to get better, learn and apply that to my game in the future.”

The Texas Christian University alumna is definitely coming with an impressive resume.

She was ranked 13th best player in the National Collegiate Athletic Association (NCAA) and was the second best in a single season in TCU history.

In her final year, she played in all 35 games and ranked second in the team averaging 14.3 points and 6.7 rebounds per game.

Mbappe: I Was Disappointed Not Leaving PSG