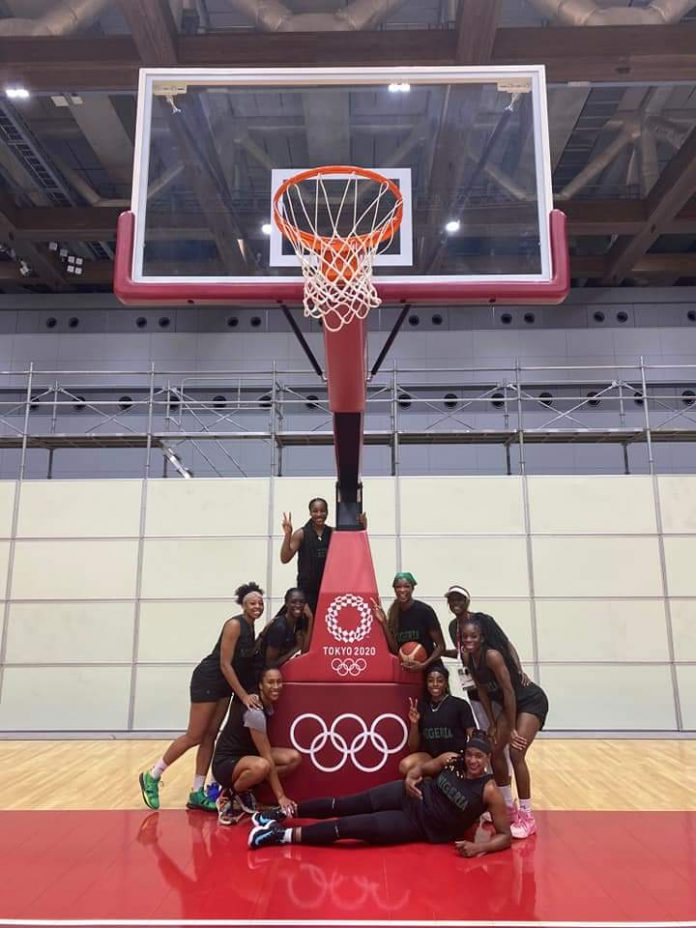 The D’Tigress during the week lost 93- 62 in a warm up match against USA and will face the same team in their 2020 Olympic group opener at 5:40 am on Tuesday.

After taking on the USA ladies, Hughley Otis will lead his ladies against France on Friday in Round 23 on July 30 while the last preliminary match will see the highest African ranked team taking on host nation, Japan in Round 33 on, Monday, August 2nd, 2021.

Nigeria qualified for Tokyo after finishing third in Group A at the 2020 Olympic Qualifying Tournament in Belgrade, Serbia. After being grouped with fellow African pre-qualifying tournament qualifiers Mozambique, they defeated their continental opponents 85-51 before losing to Serbia by six points and the United States of America by five points.

Prior to Tokyo, D’Tigress have made one Olympic appearance, at the 2004 Games. They lost all five group matches in Athens, before posting a classification match victory against the Republic of Korea to finish 11th out of 12 teams.

After a winless debut at the World Cup [formerly the world championship] in 2006 where they finished last of 16 teams, Nigeria improved significantly at their next appearance in 2018. In the group stage they recorded wins over Turkey and Argentina alongside a defeat to Australia, before edging Greece by a single point in the first knockout round. They then lost their quarterfinal to eventual champions the United States of America, and were beaten by a single point against Canada in the seventh place play-off to finish eighth overall.

At continental level Nigeria won the AfroBasket tournaments in 2017 and 2019, defeating Senegal in the final on both occasions. As of 2019 their four titles at the tournament is second only to Senegal’s 11.