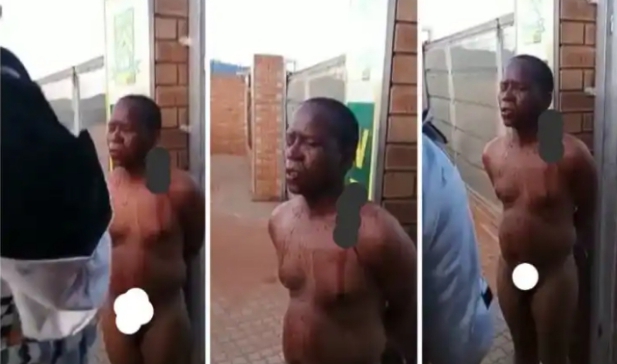 A South African Secondary school deputy principal got an instant mob justice after being caught pants down with a student.

The deputy principal at Kgagatlou Secondary in Polokwane, Limpopo was beaten after being caught having sex with a student during school hours.

In a video circulating on Twitter, the principal was seen being beaten while tied to a pole.

It was also alleged that this is not the first time he had been caught carrying out pedophilic acts in schools. He was reportedly moved from another school before taking the deputy principal post at Kgagatlou Secondary School.

I Will Return Peace To Benue, Promote Agriculture, Atiku Pledges

Gift of the Givers comes to aid of Turkey and Syria...