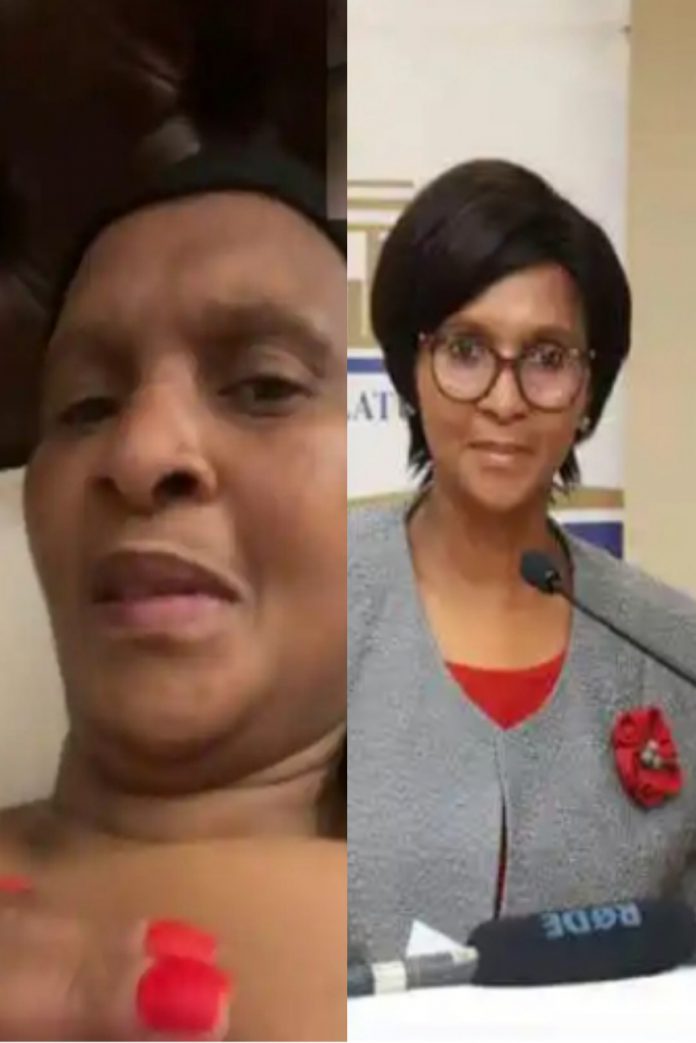 Nigerian man has been accused of being behind the leak of a sex tape involving Zanele Sifuba, the Speaker of the ANC Free State legislature.

It was alleged that the young Nigerian male released Sifuba’s sex tape after she allegedly refused to pay R300 000 blackmail money.

The scandal apparently started with the leakage of screenshots from the actual video last week.
News report said that the Economic Freedom Fighters (EFF) Provincial Secretary Malefane Bosanku Msimanga and African National Congress Youth League (ANCYL) Regional Chairperson Edgar Legoale have condemned the ‘insensitive’ circulation of nude images of what appears to be those of the Speaker of Free State legislature.
The party called for the arrest of the person responsible for the sex tape leak. Msimanga also said this is not only happening to high-profile women, but to women and girls everywhere.
“This can only be done by a mentally twisted and sick person who has lost sense of intimacy and respect for bodies of women deemed to be sacred by all human civility.
“It happens to school girls and women where naked images are viciously circulated into cyberspace as revenge or for extortion for older women.” he said.

Search and rescue K9 missing after falling down manhole in Pretoria