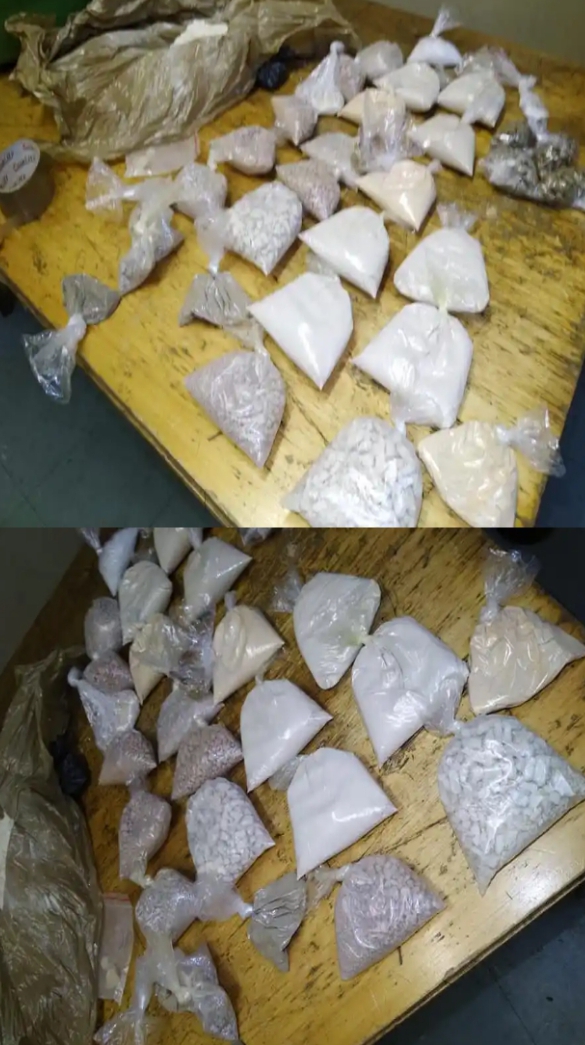 Five Nigerian nationals have been arrested for possession of drugs in Pretoria, South Africa.

The suspects were arrested by Tshwane Metro Police Drug Unit members in Garsfontein on Tuesday, November 8, 2022.

The police in a statement on Wednesday, said the drugs found in their possession have an estimated street value of close to half a million Rand.

The TMPD members responded to a tip-off on Tuesday 8 November 2022 about a white Suzuki swift vehicle that was delivering drugs at Atterbury road,” the statement read.

“The officers traced the suspect to his residence at a complex, inside his unit they found 4 suspects busy packaging heroine (nyaope) and crystal meth.

“They were all arrested for dealing and possession of drugs. The drugs found has an estimated street value of close to half a million Rand. Well done team.”