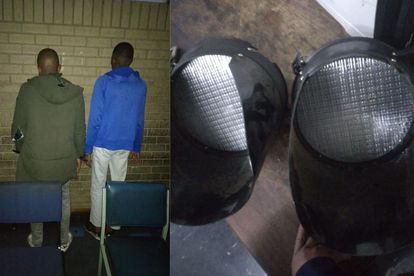 Two suspects were found to be in possession of traffic lights, which are essential municipal infrastructure, in Selby, Johannesburg.

“On Friday evening 11 November 2022, officers received a complaint from the JMPD Tactical Command Centre of two suspects driving in a white Toyota Hi-Ace minibus taxi who were busy tampering with traffic lights at the corner of Booysens Road and John Street in Selby,” he stated.

“Upon their arrival at the scene, officers found the said suspects and vehicle.”

He said they introduced themselves as police and the reason for being there.

“The suspects and vehicle were searched and officers found two traffic lights in their possession placed at the back of the minibus taxi,” he said.

He added that the two suspects were immediately arrested and detained at Johannesburg Central SAPS where a case docket was opened for further investigation.