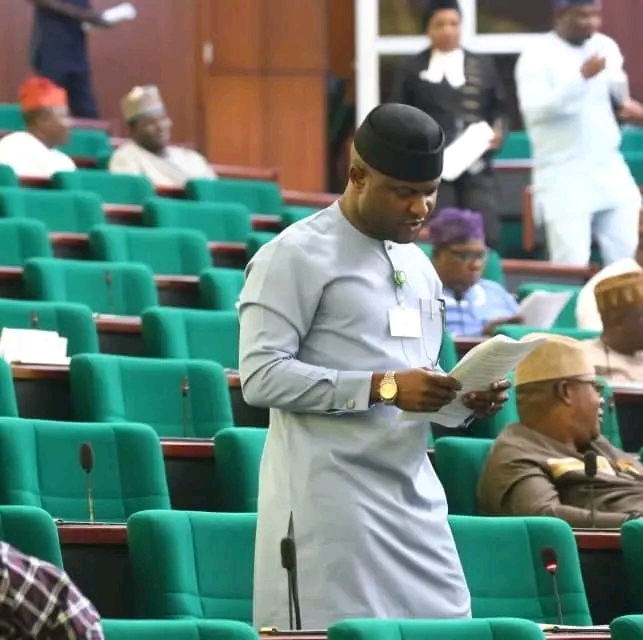 The member representing Ovia Federal Constituency in the House of Representatives, Hon Dennis Idahosa has urged politicians to stop playing politics with projects meant to improve the standard of living of the people .

Idahosa stated this while reacting to a statement credited to a former lawmaker from the area claiming to have influenced the construction of Ogbese bridge currently going on.

He said that projects were not meant to buy votes but to enhance the wellbeing and the development of the people .

He noted that it was absurd for a former lawmaker who left office over four years.

ago to lay claim to a project that was conceived and being implemented in the 2022 budget circle.

He said “We have had over four budgets circles since she left office so how possible is it that she attracted the project in the 2022 budget.

“I ordinarily wouldn’t have responded or talked about this if not for the fact that it is not the first time this is happening.

“For me, I think it is not right to always play politics with projects. Projects are not meant for vote buying but meant to improve the livelihood of the people.

“For the evidence of doubt, the said bridge have been in a deplorable state for years and I have to take the initiative to see that it end years of hardship of the people occasioned by the bad state of the bridge.

“The construction of the bridge which I influenced into the 2022 budget took off last weekend and I will see that it meet specifications as well as timely completion of the project,” Idahosa stated.